The tug, which arrived in Honolulu from Main Iron Works shipyard in Houma, La., is the third new tug to go into service with Dillingham Tug & Barge Corporation in recent months. The tug Mana was added to the corporation's fleet in May 1976, and the tug Moana Holo began service in April 1977. A fourth tugboat is presently under construction and is expected to be placed into service in September 1977.

Mamo II was commanded on her maiden voyage from Louisiana to Hawaii by George K. Panui Jr. Capt. George Panui Sr. met the Mamo II off Waikiki, and was given the privilege of bringing the tug into Honolulu Harbor for the first time by the younger Panui. Captain Panui Sr. was em- ployed by Dillingham Maritime- Pacific Division for 40 years before his retirement in 1974.

The original tugboat Mamo was captained for many years by Jack Young, son of the founder of Young Brothers, Ltd., the tug company that was the predecessor of Dillingham Tug & Barge Co.

and of the present day Young Brothers, Ltd., the interisland surface freight carrier. Captain Young is now a pilot with the State Harbors Division. The Mamo II joins a Dillingham tug and barge fleet of 12 other tugboats and seven support vessels. 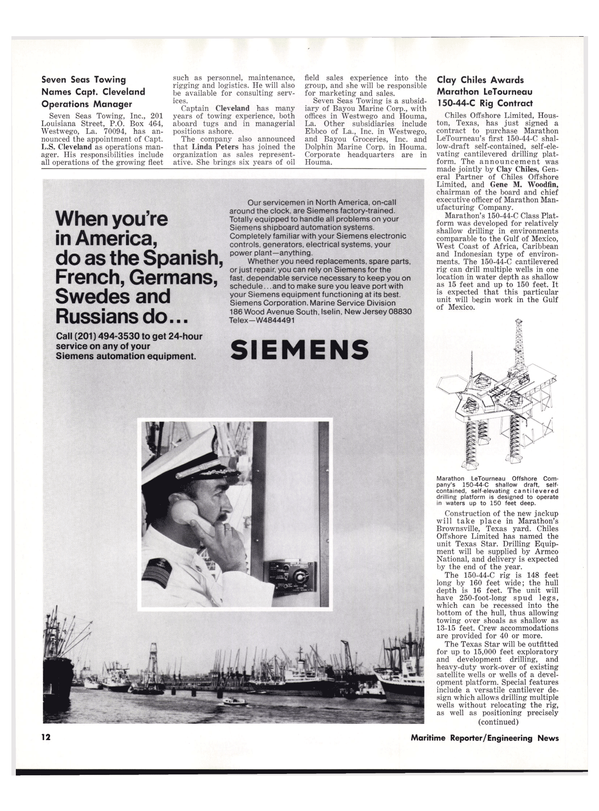