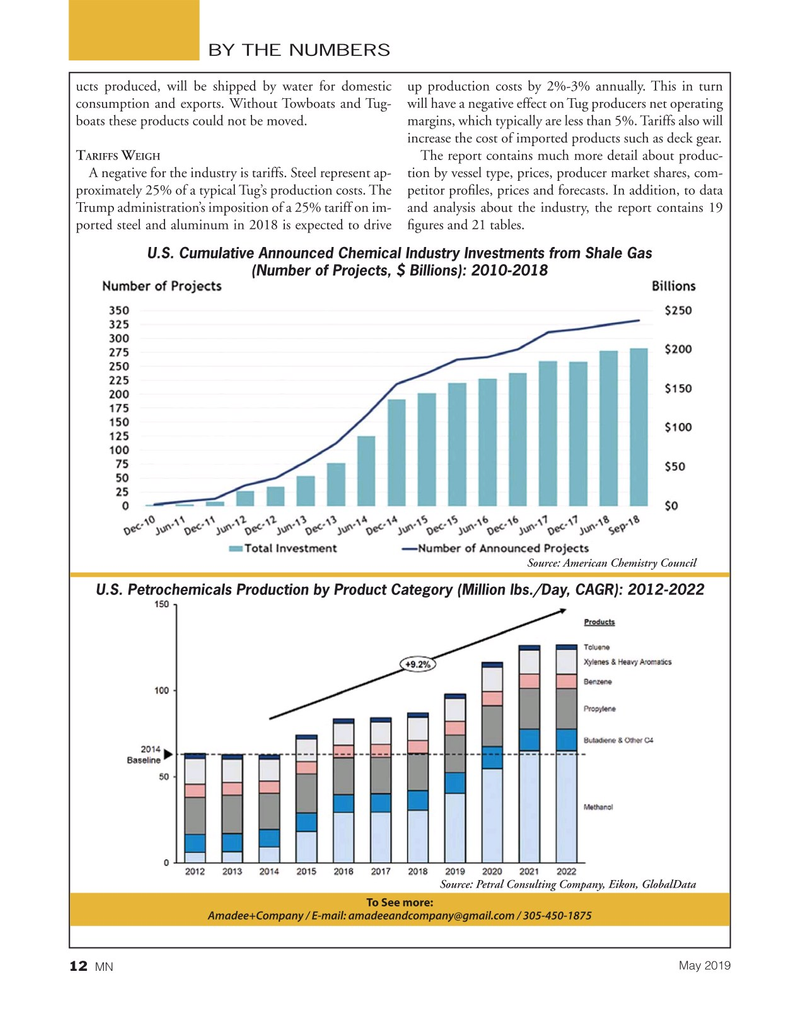 BY THE NUMBERS ucts produced, will be shipped by water for domestic up production costs by 2%-3% annually. This in turn consumption and exports. Without Towboats and Tug- will have a negative effect on Tug producers net operating boats these products could not be moved. margins, which typically are less than 5%. Tariffs also will increase the cost of imported products such as deck gear.

T W The report contains much more detail about produc-

Trump administration’s imposition of a 25% tariff on im- and analysis about the industry, the report contains 19 ported steel and aluminum in 2018 is expected to drive ? gures and 21 tables.