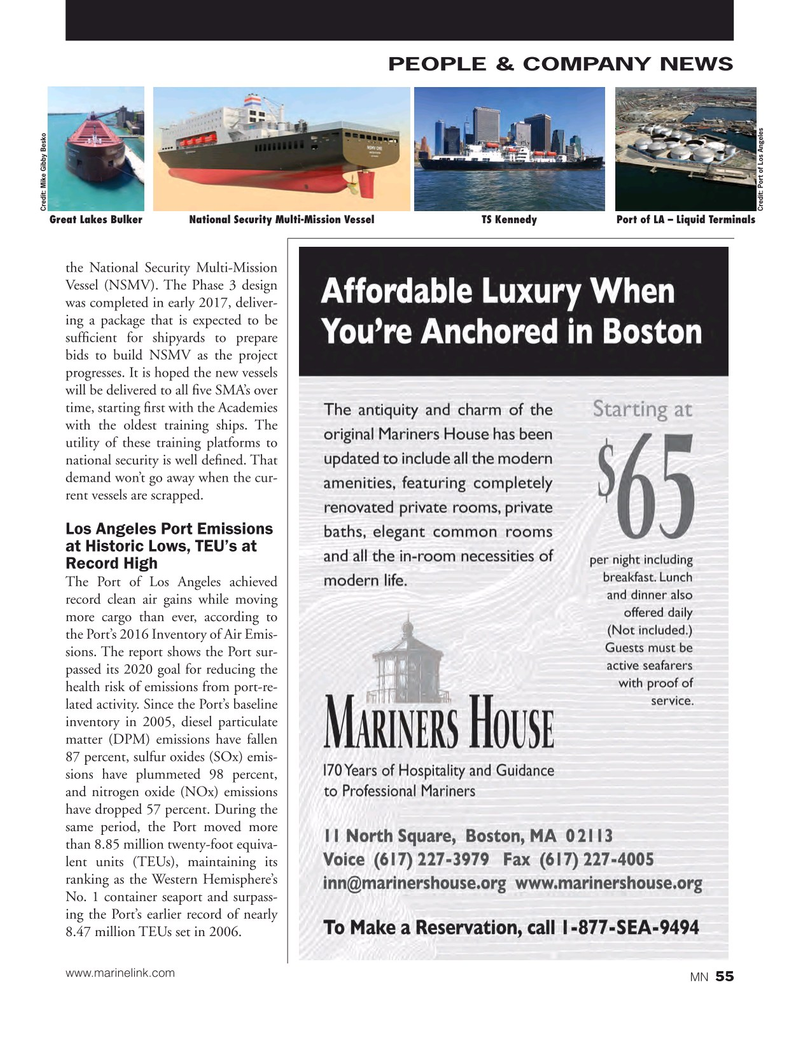 Vessel (NSMV). The Phase 3 design was completed in early 2017, deliver- ing a package that is expected to be suf? cient for shipyards to prepare bids to build NSMV as the project progresses. It is hoped the new vessels will be delivered to all ? ve SMA’s over time, starting ? rst with the Academies with the oldest training ships. The utility of these training platforms to national security is well de? ned. That demand won’t go away when the cur- rent vessels are scrapped.

The Port of Los Angeles achieved record clean air gains while moving more cargo than ever, according to the Port’s 2016 Inventory of Air Emis- sions. The report shows the Port sur- passed its 2020 goal for reducing the health risk of emissions from port-re- lated activity. Since the Port’s baseline inventory in 2005, diesel particulate matter (DPM) emissions have fallen 87 percent, sulfur oxides (SOx) emis- sions have plummeted 98 percent, and nitrogen oxide (NOx) emissions have dropped 57 percent. During the same period, the Port moved more than 8.85 million twenty-foot equiva- lent units (TEUs), maintaining its ranking as the Western Hemisphere’s

No. 1 container seaport and surpass- ing the Port’s earlier record of nearly 8.47 million TEUs set in 2006.