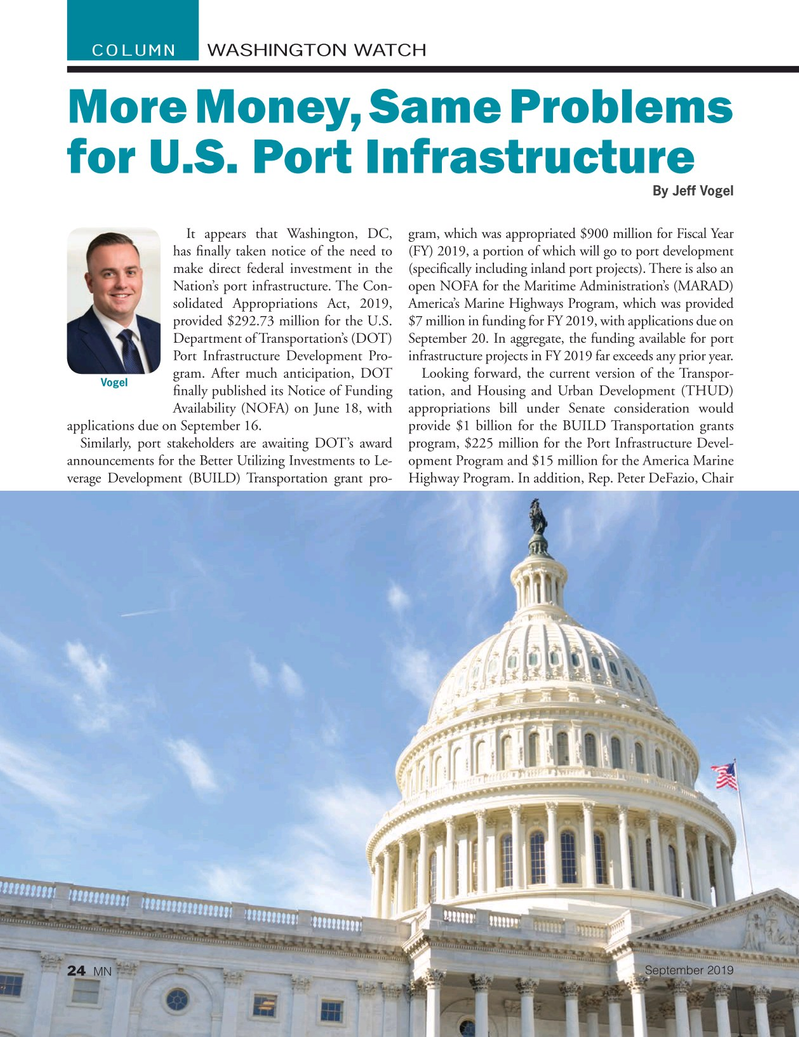 It appears that Washington, DC, gram, which was appropriated $900 million for Fiscal Year has ? nally taken notice of the need to (FY) 2019, a portion of which will go to port development make direct federal investment in the (speci? cally including inland port projects). There is also an

Nation’s port infrastructure. The Con- open NOFA for the Maritime Administration’s (MARAD) solidated Appropriations Act, 2019, America’s Marine Highways Program, which was provided provided $292.73 million for the U.S. $7 million in funding for FY 2019, with applications due on

Department of Transportation’s (DOT) September 20. In aggregate, the funding available for port

gram. After much anticipation, DOT Looking forward, the current version of the Transpor-

Availability (NOFA) on June 18, with appropriations bill under Senate consideration would applications due on September 16. provide $1 billion for the BUILD Transportation grants