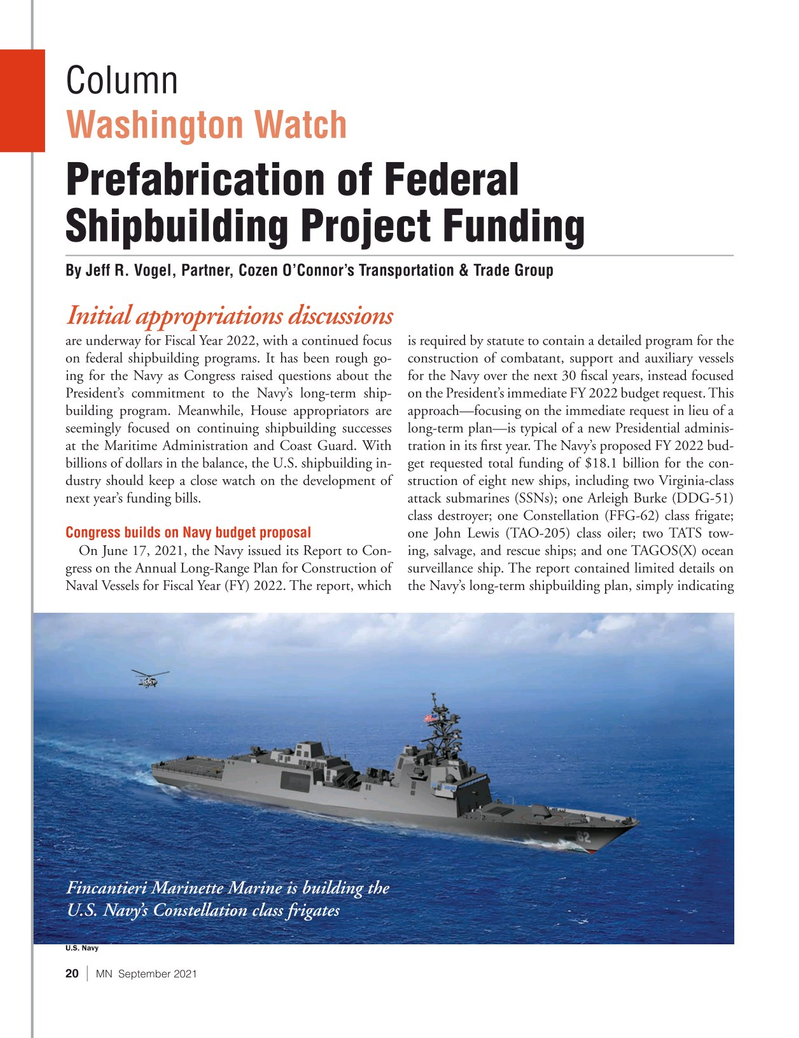 Initial appropriations discussions are underway for Fiscal Year 2022, with a continued focus is required by statute to contain a detailed program for the on federal shipbuilding programs. It has been rough go- construction of combatant, support and auxiliary vessels ing for the Navy as Congress raised questions about the for the Navy over the next 30 ? scal years, instead focused

President’s commitment to the Navy’s long-term ship- on the President’s immediate FY 2022 budget request. This building program. Meanwhile, House appropriators are approach—focusing on the immediate request in lieu of a seemingly focused on continuing shipbuilding successes long-term plan—is typical of a new Presidential adminis- at the Maritime Administration and Coast Guard. With tration in its ? rst year. The Navy’s proposed FY 2022 bud- billions of dollars in the balance, the U.S. shipbuilding in- get requested total funding of $18.1 billion for the con- dustry should keep a close watch on the development of struction of eight new ships, including two Virginia-class next year’s funding bills. attack submarines (SSNs); one Arleigh Burke (DDG-51) class destroyer; one Constellation (FFG-62) class frigate;

On June 17, 2021, the Navy issued its Report to Con- ing, salvage, and rescue ships; and one TAGOS(X) ocean gress on the Annual Long-Range Plan for Construction of surveillance ship. The report contained limited details on

Fincantieri Marinette Marine is building the