Inland Waterways: A Crucible of Issues

As 2022 appears on the not-so-distant horizon, we asked inland waterways executives to reflect on the major issues impacting their industry. Just how those issues evolve – and whether they present as challenges or opportunities – is, of course, unknown. Answers to some future questions will be relatively straightforward, confidently based on industry knowledge and experience. Other outcomes remain hazier, and next steps could be influenced by forces and players completely removed from the business of barges, tugs, tows, breakbulk and infrastructure.

Mother Nature always in charge
Mike Steenhoek is Executive Director of the Soy Transportation Coalition, an organization established by 13 state soybean boards and soy trade associations, based in Ankeny, Iowa. The inland waterways are critical to the coalition and its agricultural base.

As Steenhoek reflected on waterway issues, his first reference was to Hurricane Ida. “We’re still clawing our way out of that,” he commented, noting extensive damage to the barge industry. The Louisiana Gulf Coast—the country's busiest hub for corn and soy exports—was severely damaged by Ida on August 29, triggering weeks of logistical challenges due to power outages and damaged terminals along the Mississippi River from Baton Rouge to the Gulf of Mexico.

Another issue is low water levels in the upper Midwest. Barge companies, Steenhoek said, are recommending light loading. That’s problematic for an industry based on long distance transport and heavy loads. If those strengths change, so do the economics.

Low water was also cited by Dennis Wilmsmeyer, Executive Director of America’s Central Port, in Granite City, Ill. at the confluence of the Missouri and Mississippi Rivers.

“Flows out of reservoirs into the river system are declining at a time when the upper Midwest has experienced below normal rainfall,” Wilmsmeyer wrote in an email. “We are facing low water now which could lead to real navigation issues in the next three months if no significant precipitation comes.” 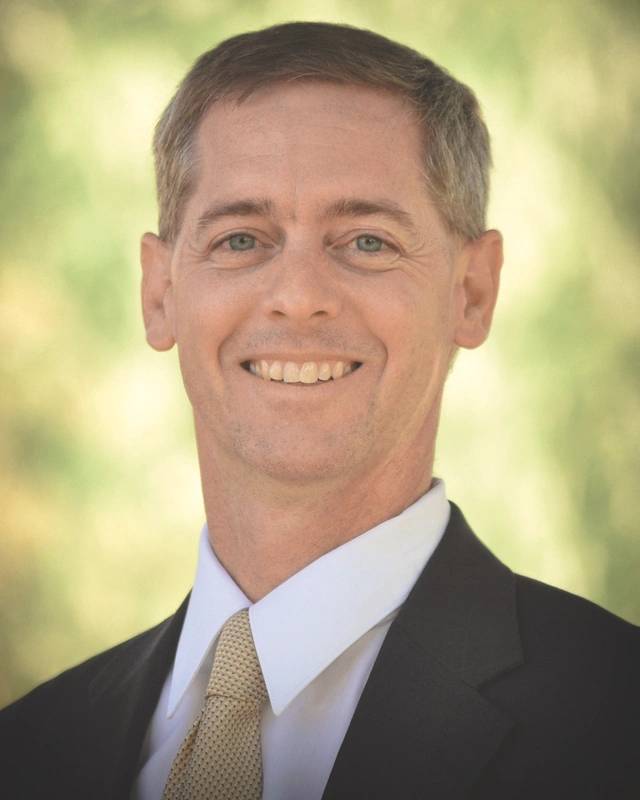 “Flows out of reservoirs into the river system are declining at a time when the upper Midwest has experienced below normal rainfall. . . We are facing low water now which could lead to real navigation issues in the next three months if no significant precipitation comes.” - Dennis Wilmsmeyer, Executive Director, America's Central Port. (Photo: ACP)

COVID and labor
“Companies are unfortunately finding COVID a bigger challenge now than any other time,” Jennifer Carpenter commented, without hesitation, when asked about waterways challenges. Carpenter is President and CEO of the American Waterways Operators (AWO), the national advocate for the U.S. tugboat, towboat and barge industry. “COVID is not in the rearview mirror,” she emphasized.

Carpenter said the Delta variant has been challenging. Vaccination policies have been difficult to implement. Even where there has been some success, she noted, it has taken an inordinate amount of work and resources.

COVID is intertwined, Carpenter added, with a second challenge: finding employees. Carpenter said that staffing, ensuring reserves and resiliency in work crews are the issues “keeping people up at night.” Many industries are experiencing labor shortages, but the special arrangements required for waterways personnel—including days and weeks away from home and family—can weigh more heavily now against choosing a maritime career, or staying with it, versus a land-based job.

Wilmsmeyer, too, commented that “like nearly every business in the U.S. today, employment shortage on the inland river system is one of the largest challenges and could remain a concern for the foreseeable future.” Worker availability will impact the degree to which “the inland waterways can pivot” to handle the economy’s constantly increasing need to move cargo. He commented further that “the demand to move products by barge is there and growing, but we need to be able to make sure the people are in place to load and unload them.” 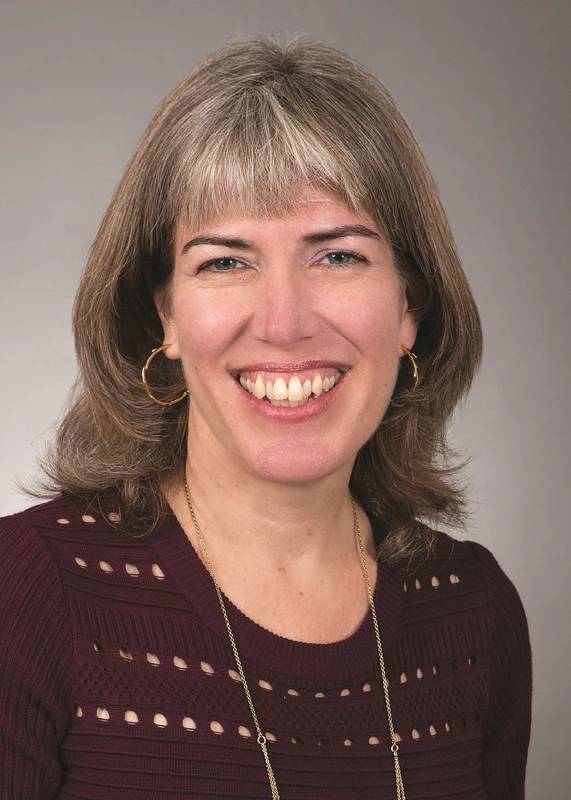 Marine highways
Wilmsmeyer’s notion of pivoting is important. On the one hand, it implies preparing for a rebound, having personnel and equipment ready to go.

Bigger picture, though, it also implies being ready for new opportunities. Many people comment that the inland waterways are at a jumping-off point, close to taking on a bigger role in America’s overall freight network.

A number of forces are driving this potential.

Workforce, again, is fundamental. Yes, waterways operators may be working double-time on staffing, but so are trucking companies and railroads. By choosing the right policies now and developing competitive wages and benefits, waterways companies have a chance to attract, and keep, entry level workers and people seeking to take advantage of new opportunities within an expanding economy. After all, waterways employment pays well, providing a lucrative career pathway, no college needed to get started.

Another driving force is that highways and rail, at least for freight, and particularly regarding urban infrastructure, are close to their physical limits. Even truck-driving robots will get stuck in traffic. In the years ahead, Interstate expansion will be marginal.

Marine highways, however, have plenty of capacity, ready now. Recall, the marine highway system is a formal, designated program within U.S. Department of transport (DOT) and among many state DOTs.

On the inland system business, managers see new opportunities emerging. On the supply side, these are coming from U.S. Maritime Administration (MARAD) supported projects that are reaching completion. On the demand side, freight experts report that customers are almost frantic for alternatives to a freight delivery system that is gridlocked or close to it. With freight, as with all things, pricing and timeliness are critical. But dependability is a huge part of timeliness. For land-based transport, dependability is elusive, if not absent altogether. People are noticing that waterways can offer competitive rates on a system with plenty of capacity.

One project that exemplifies this pivot point is the barge shuttle facility being built at the Ports of Indiana-Jeffersonville on the Ohio River, just north of Louisville. This is a MARAD Marine Highway Grant project awarded in 2020. It will help Nucor Steel, in Kentucky, move steel coils to customers along the Ohio River. Projections are that river transport will take more than 2000 trucks off the highways and eliminate more than 130,000 miles in one-way truck hauls.

An even bigger project, with far-reaching implications for the inland system, is the project by American Patriot Holdings, working with Plaquemines Port Harbor & Terminal District, to develop and build a specific vessel for container shipments on the Mississippi, from the Port to Memphis, and perhaps to St. Louis. APH officials are confident that demand for their service will be based on a solid business case. For shippers, this new service will be first choice, not a fall back.

On the east coast, marine highway projects already have a high profile. Consider the 64-Express, at the Port of Virginia’s Richmond Marine Terminal, on the James River, operating since 2008. The Port estimates that 2020 barge transport eliminated nearly 20,000 truck trips. Expansion to serve the I-95 corridor is under review. Another example is the container on barge service between Baltimore and Philadelphia on the C&D Canal. 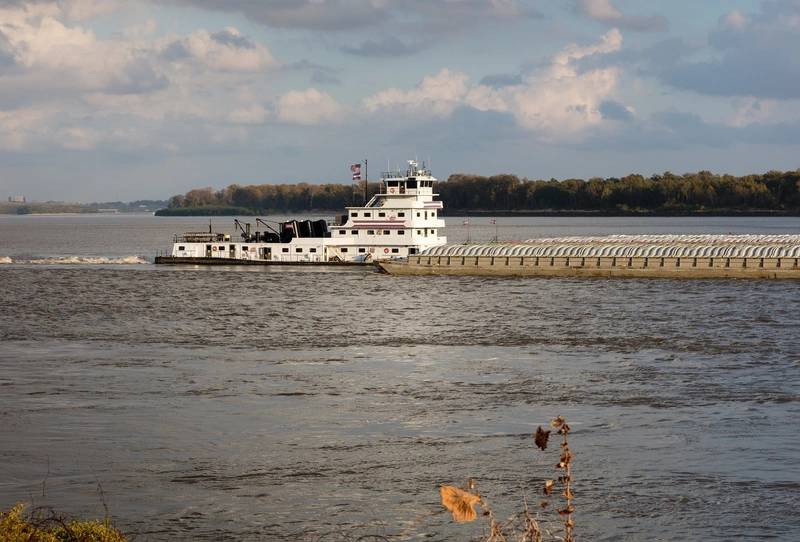 Green
Note the references above to fewer truck trips. Environmental issues are a strong catalyst in this transport crucible. Many people are at least generally aware that one barge can carry 1,750 tons of dry cargo, a volume requiring 16 rail cars or 70 trucks.

In the last few years environmental awareness has morphed into environmental saturation, a prism used on every issue. Sustainability and a low-carbon footprint are now operating principles, particularly regarding transportation, heavily dependent on petroleum. These days companies don’t just talk about net-zero, they document their efforts, even using third-parties for confirmation.

Given this priority, river transport stands out. It’s a compelling message when you can claim that your products and operations don’t depend on hundreds of 18-wheelers stuck in traffic within dense urban neighborhoods spewing exhaust near schools and playgrounds and can move from point A to point B using 100 gallons of fuel instead of 1,000 gallons. Yes, many consumers like that, but more importantly is that an increasing number of elected officials and policy makers are starting to demand such performance.

The other green: $
If the inland waterways are at the cusp of momentous change, stellar performance has to be routine; no excuses. In its 2021 Infrastructure Report Card, the American Society of Civil Engineers give inland waterways a D+. Don’t despair too much, the roads category earned a D.

Regarding money, there is reason for optimism. Consider the completion of the Olmsted Dam, in 2018, after 30 years. When asked about Olmsted now, waterways officials are emphatic about exceptional operational benefits. Then a second comment: they’re glad Olmsted is done because now we can move to the next big one and develop a list with new projects. For decades, Olmsted sucked all the oxygen out of the room. That’s over with, funds can be shifted elsewhere.

One regional project that will affect operations in 2022 is the ongoing replacement of the Merchants Bridge, a railroad bridge at St. Louis. Dennis Wilmsmeyer at ACP said that the first new span was installed in September. Plans are to replace a second 520’ truss span in March of 2022, closing rail traffic for 10 days and, within that time, river traffic will stop for two days. Installation of a third and final truss is planned for the fourth quarter of 2022, with similar closures. System impacts are important: Wilmsmeyer said the Merchants bridge “is a lifeblood for many river terminals in the region.”

At the national level, work in 2021 continues with major Army Corps projects at the Lower Mississippi and 2,000 miles away at the Upper Mississippi. A “deficiency project” in 2021 at the Melvin Price Dam should conclude construction there. On the upper Ohio, the Lower Mon project continues with completion slated for 2023 or 2024.

This work—these investments, really, in new construction and maintenance—are literally foundational if the inland waterways are to be ready for the freight and transportation pivot.

With federal funding, waterways officials describe unique and favorable circumstances. The CARES Act and WRDA 2021, passed at the end of 2020, established new policies to bulk up expenditures. FY2022 budget proposals (as of this writing) show that Congress is indeed delivering a bigger budget for waterways projects. In addition, the proposed infrastructure bill would add still more money.

Deb Calhoun is Senior VP of the Waterways Council, Inc. (WCI), a national organization that advocates for a modern, efficient and well-maintained inland waterways. She said the council “continues to be hopeful that an infrastructure deal will be reached and signed into law by the end of the year.” She estimates that infrastructure spending and budget appropriations could deliver “more than $4 billion over the next five years” for priority projects.

The inland waterways always had brains, talent and expertise. Now add money, customer demand, policy goals, efficiency and a competitive standing. 2022 could be the year. 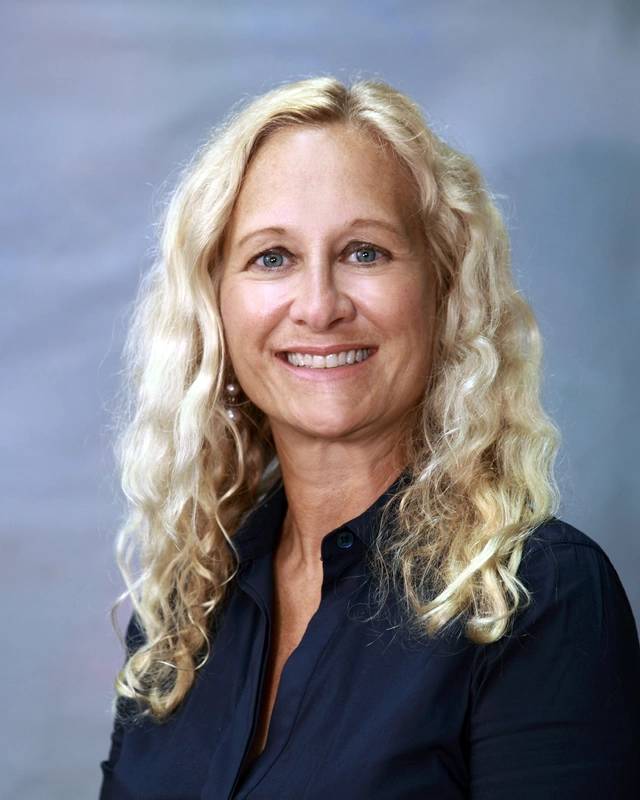 “[Waterways Council, Inc.] continues to be hopeful that an infrastructure deal will be reached and signed into law by the end of the year.” -Deb Calhoun, Senior VP, WCI. (Photo: WCI) 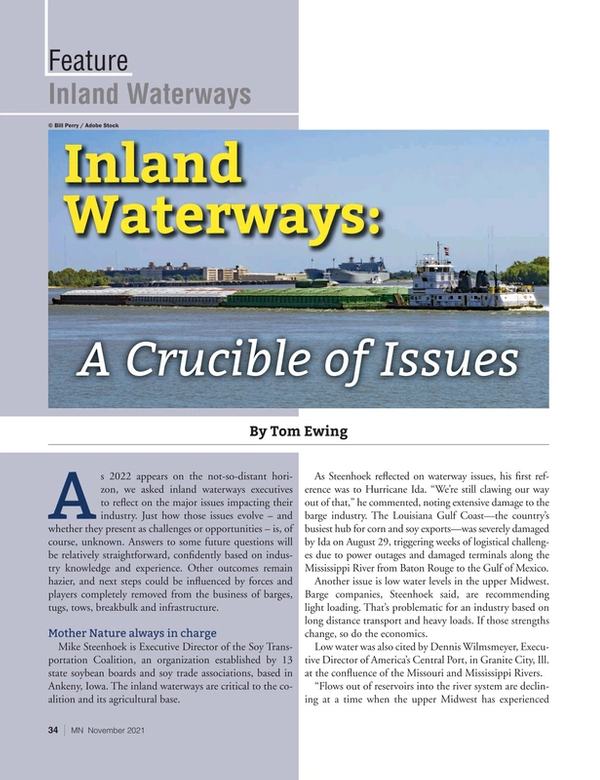 Other stories from November 2021 issue