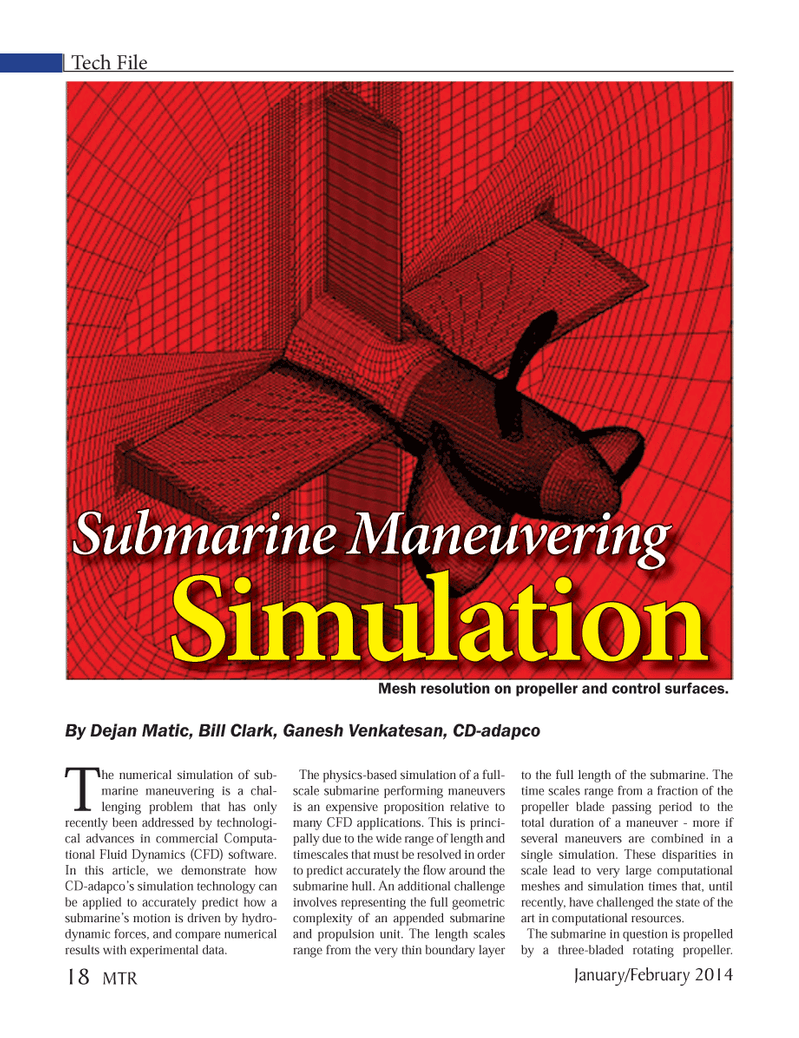 Tech File The numerical simulation of sub-marine maneuvering is a chal- lenging problem that has only recently been addressed by technologi-cal advances in commercial Computa- tional Fluid Dynamics (CFD) software. In this article, we demonstrate how CD-adapco?s simulation technology can be applied to accurately predict how a submarine?s motion is driven by hydro- dynamic forces, and compare numerical results with experimental data. The physics-based simulation of a full-scale submarine performing maneuvers is an expensive proposition relative to many CFD applications. This is princi- pally due to the wide range of length and timescales that must be resolved in order to predict accurately the  ow around the submarine hull. An additional challenge involves representing the full geometric complexity of an appended submarine and propulsion unit. The length scales range from the very thin boundary layer to the full length of the submarine. The time scales range from a fraction of the propeller blade passing period to the total duration of a maneuver - more if several maneuvers are combined in a single simulation. These disparities in scale lead to very large computational meshes and simulation times that, until recently, have challenged the state of the art in computational resources.The submarine in question is propelled by a three-bladed rotating propeller. By Dejan Matic, Bill Clark, Ganesh Venkatesan, CD-adapco Submarine Maneuvering Submarine Maneuvering Simulation Simulation Mesh resolution on propeller and control surfaces. 18 MTRJanuary/February 2014 MTR #1 (18-33).indd 18MTR #1 (18-33).indd 181/23/2014 10:14:20 AM1/23/2014 10:14:20 AM