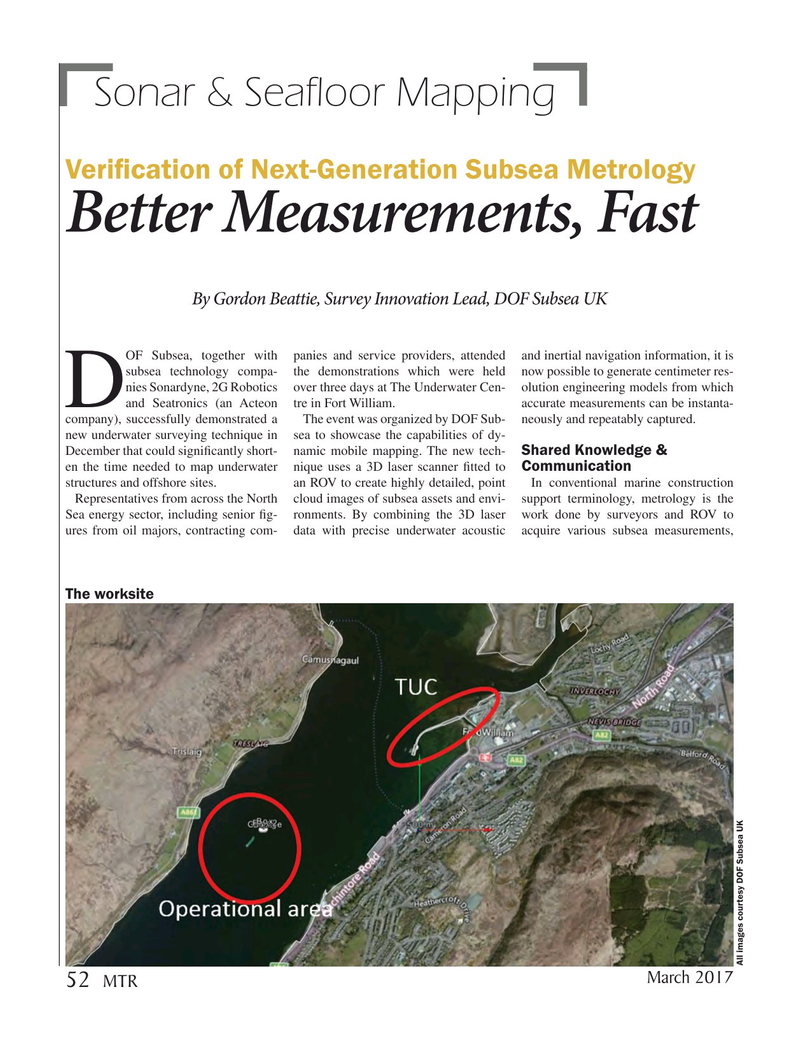 OF Subsea, together with panies and service providers, attended and inertial navigation information, it is subsea technology compa- the demonstrations which were held now possible to generate centimeter res- nies Sonardyne, 2G Robotics over three days at The Underwater Cen- olution engineering models from which and Seatronics (an Acteon tre in Fort William. accurate measurements can be instanta-

D company), successfully demonstrated a The event was organized by DOF Sub- neously and repeatably captured.

Representatives from across the North cloud images of subsea assets and envi- support terminology, metrology is the