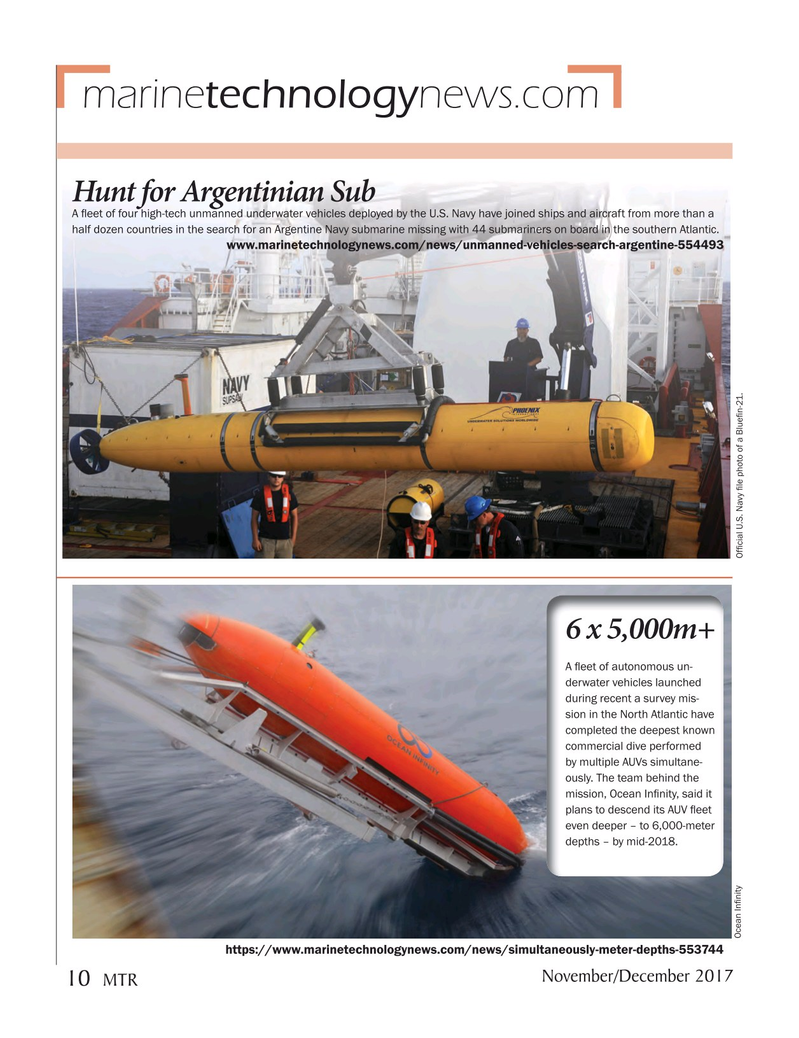 A ? eet of four high-tech unmanned underwater vehicles deployed by the U.S. Navy have joined ships and aircraft from more than a half dozen countries in the search for an Argentine Navy submarine missing with 44 submariners on board in the southern Atlantic.

A ? eet of autonomous un- derwater vehicles launched during recent a survey mis- sion in the North Atlantic have completed the deepest known commercial dive performed by multiple AUVs simultane- ously. The team behind the mission, Ocean In? nity, said it plans to descend its AUV ? eet even deeper – to 6,000-meter depths – by mid-2018.