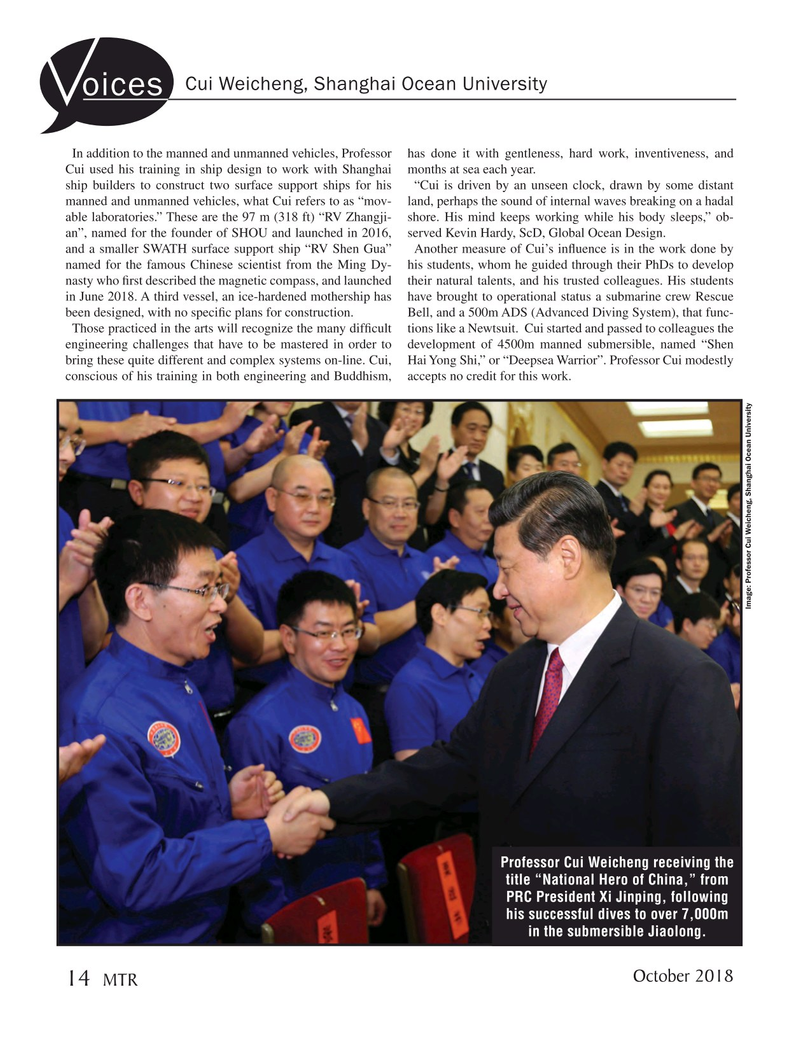 In addition to the manned and unmanned vehicles, Professor has done it with gentleness, hard work, inventiveness, and

Cui used his training in ship design to work with Shanghai months at sea each year. ship builders to construct two surface support ships for his “Cui is driven by an unseen clock, drawn by some distant manned and unmanned vehicles, what Cui refers to as “mov- land, perhaps the sound of internal waves breaking on a hadal able laboratories.” These are the 97 m (318 ft) “RV Zhangji- shore. His mind keeps working while his body sleeps,” ob- an”, named for the founder of SHOU and launched in 2016, served Kevin Hardy, ScD, Global Ocean Design.