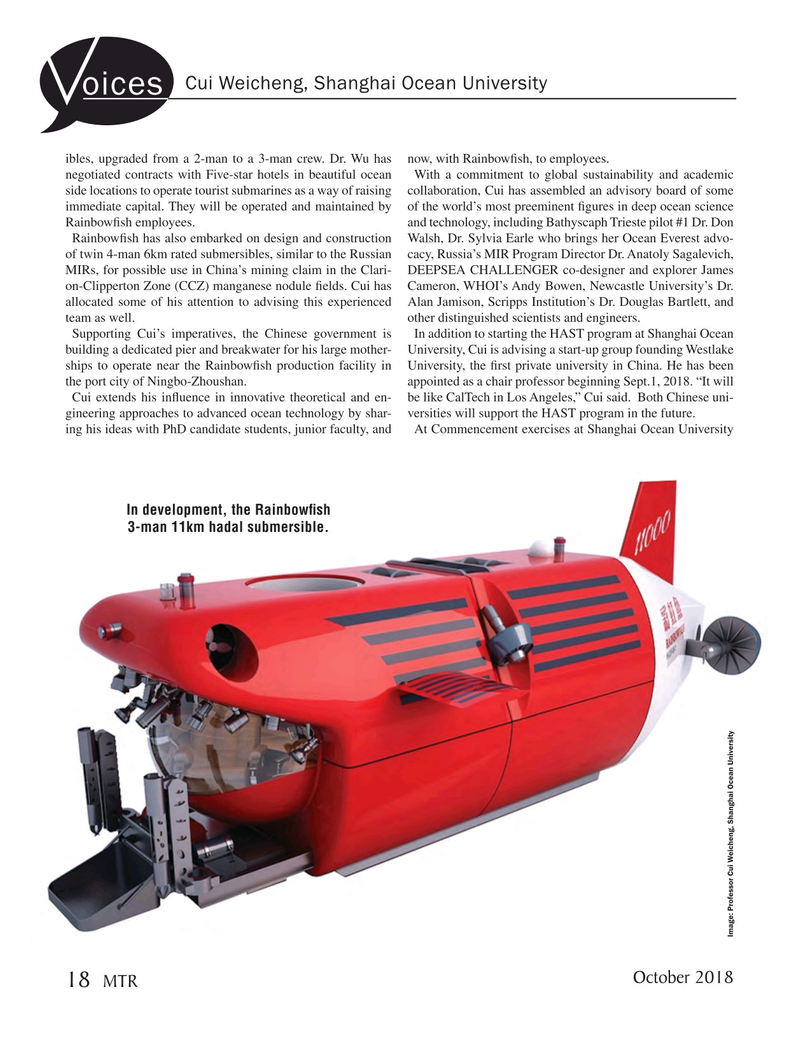 negotiated contracts with Five-star hotels in beautiful ocean With a commitment to global sustainability and academic side locations to operate tourist submarines as a way of raising collaboration, Cui has assembled an advisory board of some immediate capital. They will be operated and maintained by of the world’s most preeminent ? gures in deep ocean science

Supporting Cui’s imperatives, the Chinese government is In addition to starting the HAST program at Shanghai Ocean building a dedicated pier and breakwater for his large mother- University, Cui is advising a start-up group founding Westlake ships to operate near the Rainbow? sh production facility in University, the ? rst private university in China. He has been the port city of Ningbo-Zhoushan. appointed as a chair professor beginning Sept.1, 2018. “It will

Cui extends his in? uence in innovative theoretical and en- be like CalTech in Los Angeles,” Cui said. Both Chinese uni- gineering approaches to advanced ocean technology by shar- versities will support the HAST program in the future.