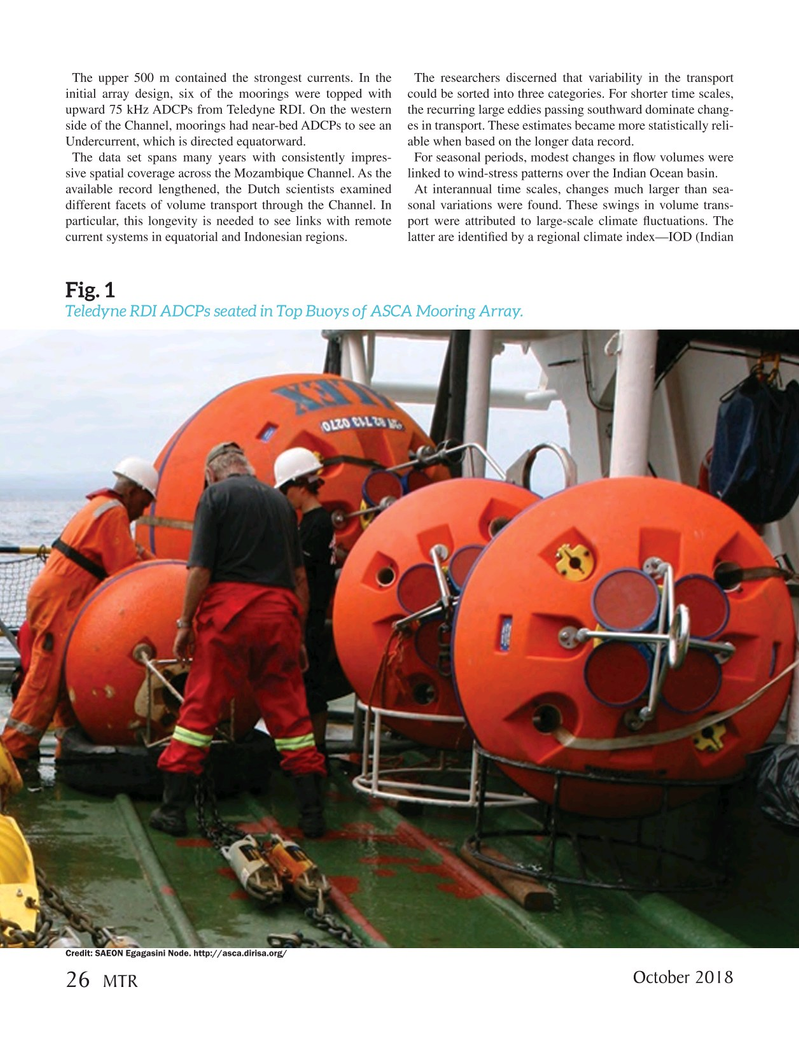 The upper 500 m contained the strongest currents. In the The researchers discerned that variability in the transport initial array design, six of the moorings were topped with could be sorted into three categories. For shorter time scales, upward 75 kHz ADCPs from Teledyne RDI. On the western the recurring large eddies passing southward dominate chang- side of the Channel, moorings had near-bed ADCPs to see an es in transport. These estimates became more statistically reli-

Undercurrent, which is directed equatorward. able when based on the longer data record.

The data set spans many years with consistently impres- For seasonal periods, modest changes in ? ow volumes were sive spatial coverage across the Mozambique Channel. As the linked to wind-stress patterns over the Indian Ocean basin.

available record lengthened, the Dutch scientists examined At interannual time scales, changes much larger than sea- different facets of volume transport through the Channel. In sonal variations were found. These swings in volume trans- particular, this longevity is needed to see links with remote port were attributed to large-scale climate ? uctuations. The current systems in equatorial and Indonesian regions. latter are identi? ed by a regional climate index—IOD (Indian