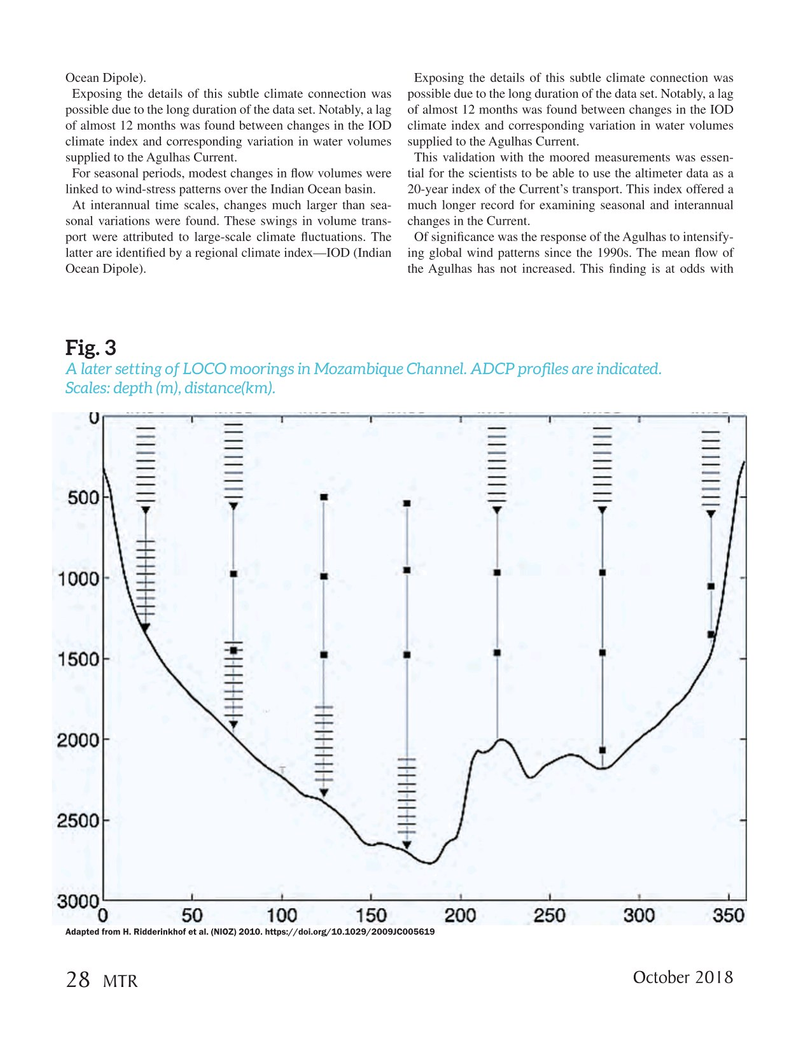 Ocean Dipole). Exposing the details of this subtle climate connection was

supplied to the Agulhas Current. This validation with the moored measurements was essen-

For seasonal periods, modest changes in ? ow volumes were tial for the scientists to be able to use the altimeter data as a linked to wind-stress patterns over the Indian Ocean basin. 20-year index of the Current’s transport. This index offered a

At interannual time scales, changes much larger than sea- much longer record for examining seasonal and interannual sonal variations were found. These swings in volume trans- changes in the Current. port were attributed to large-scale climate ? uctuations. The Of signi? cance was the response of the Agulhas to intensify- latter are identi? ed by a regional climate index—IOD (Indian ing global wind patterns since the 1990s. The mean ? ow of

Ocean Dipole). the Agulhas has not increased. This ? nding is at odds with