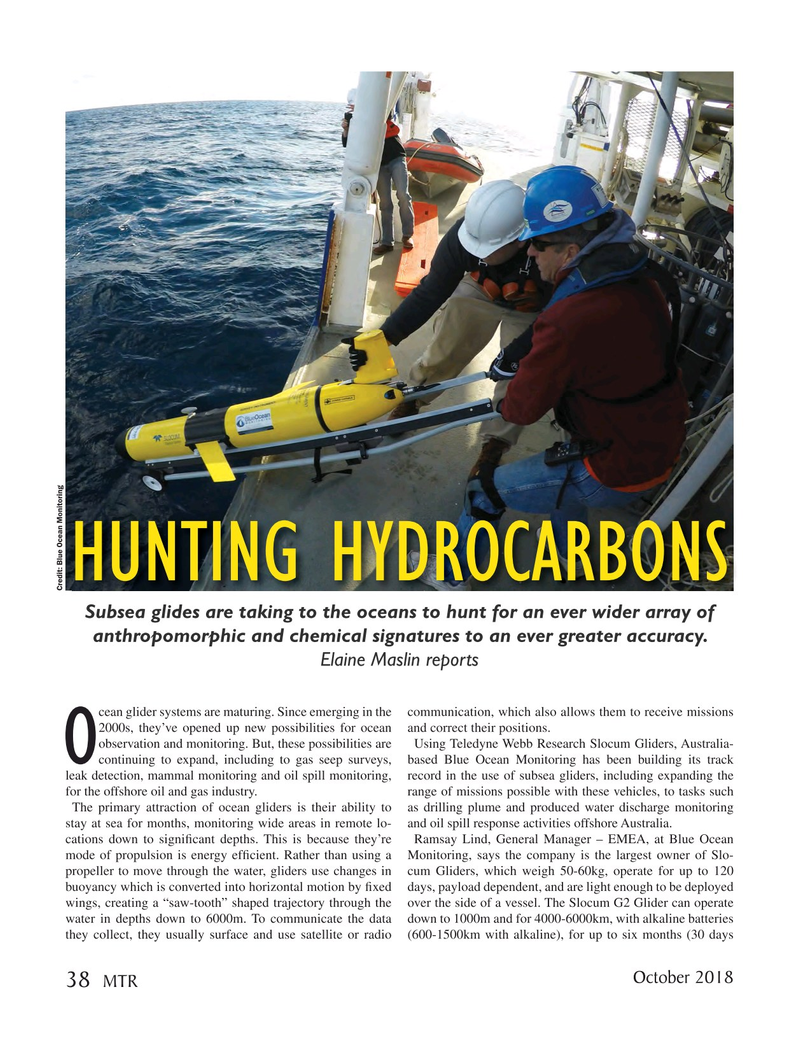 Subsea glides are taking to the oceans to hunt for an ever wider array of anthropomorphic and chemical signatures to an ever greater accuracy.

Elaine Maslin reports cean glider systems are maturing. Since emerging in the communication, which also allows them to receive missions 2000s, they’ve opened up new possibilities for ocean and correct their positions. observation and monitoring. But, these possibilities are Using Teledyne Webb Research Slocum Gliders, Australia- continuing to expand, including to gas seep surveys, based Blue Ocean Monitoring has been building its track

O leak detection, mammal monitoring and oil spill monitoring, record in the use of subsea gliders, including expanding the for the offshore oil and gas industry. range of missions possible with these vehicles, to tasks such

The primary attraction of ocean gliders is their ability to as drilling plume and produced water discharge monitoring stay at sea for months, monitoring wide areas in remote lo- and oil spill response activities offshore Australia. cations down to signi