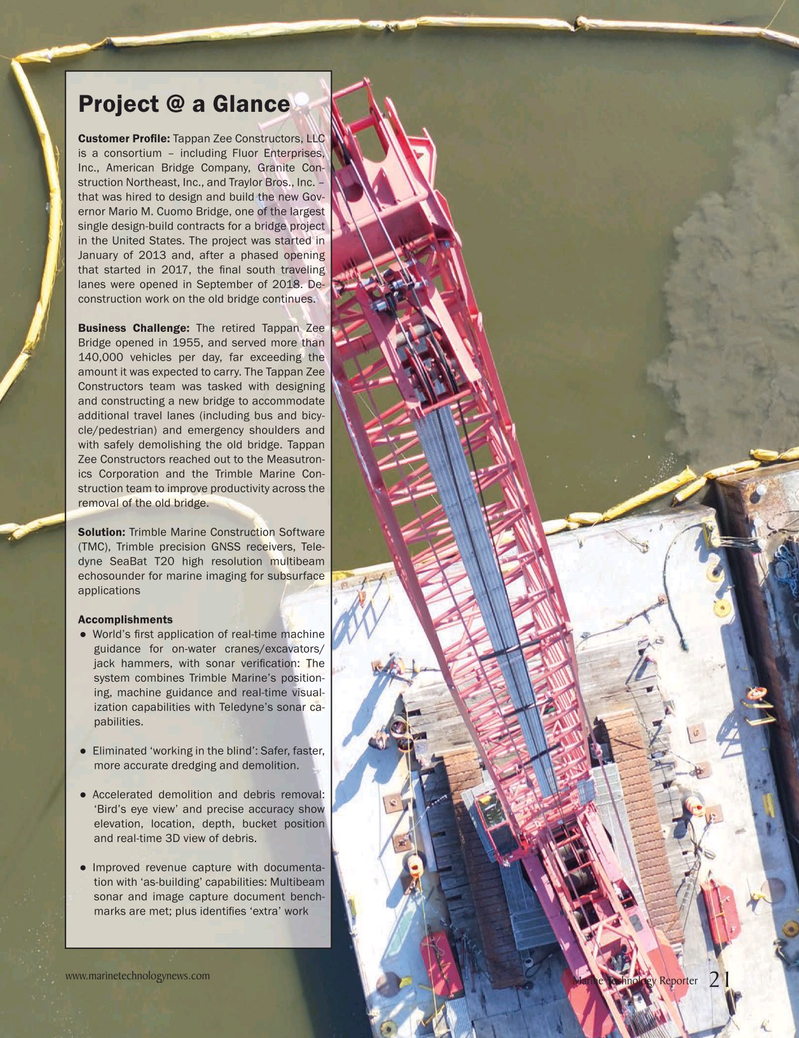 Inc., American Bridge Company, Granite Con- struction Northeast, Inc., and Traylor Bros., Inc. – that was hired to design and build the new Gov- ernor Mario M. Cuomo Bridge, one of the largest single design-build contracts for a bridge project in the United States. The project was started in

January of 2013 and, after a phased opening that started in 2017, the ? nal south traveling lanes were opened in September of 2018. De- construction work on the old bridge continues.

Bridge opened in 1955, and served more than 140,000 vehicles per day, far exceeding the amount it was expected to carry. The Tappan Zee

Constructors team was tasked with designing and constructing a new bridge to accommodate additional travel lanes (including bus and bicy- cle/pedestrian) and emergency shoulders and with safely demolishing the old bridge. Tappan

Zee Constructors reached out to the Measutron- ics Corporation and the Trimble Marine Con- struction team to improve productivity across the removal of the old bridge.