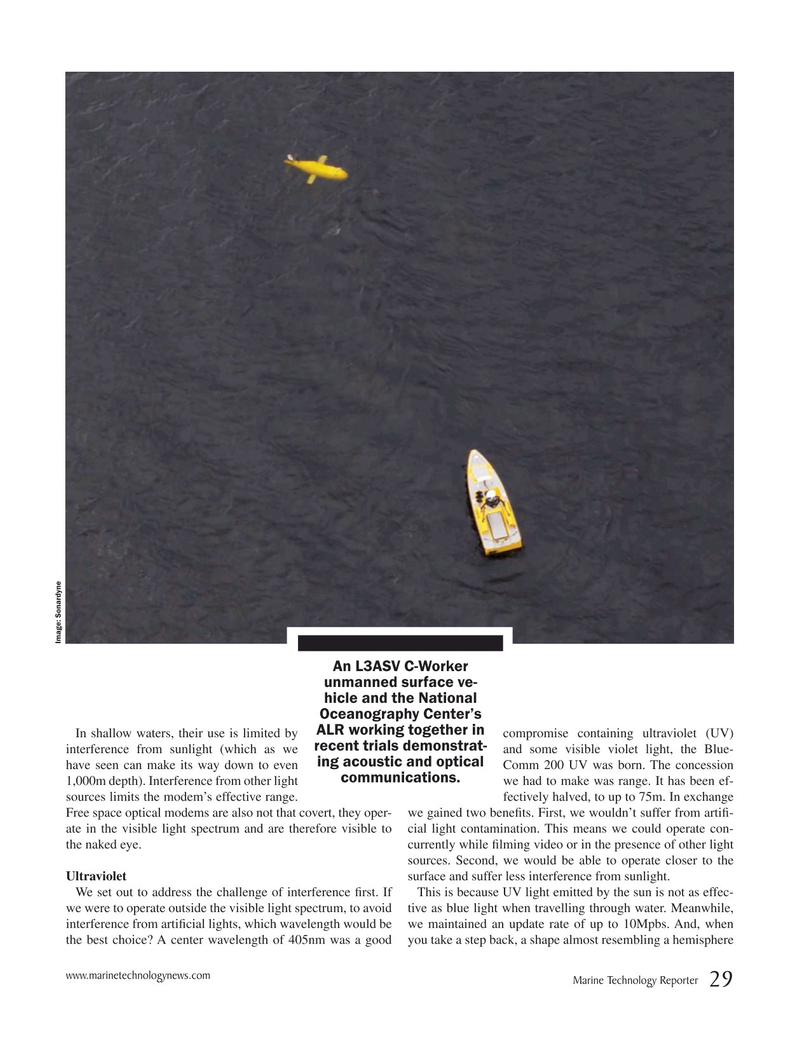 An L3ASV C-Worker unmanned surface ve- hicle and the National

ALR working together in

In shallow waters, their use is limited by compromise containing ultraviolet (UV) recent trials demonstrat- interference from sunlight (which as we and some visible violet light, the Blue- ing acoustic and optical have seen can make its way down to even Comm 200 UV was born. The concession communications.

1,000m depth). Interference from other light we had to make was range. It has been ef- sources limits the modem’s effective range. fectively halved, to up to 75m. In exchange

Free space optical modems are also not that covert, they oper- we gained two bene? ts. First, we wouldn’t suffer from arti? - ate in the visible light spectrum and are therefore visible to cial light contamination. This means we could operate con- the naked eye. currently while ? lming video or in the presence of other light sources. Second, we would be able to operate closer to the

We set out to address the challenge of interference ? rst. If This is because UV light emitted by the sun is not as effec- we were to operate outside the visible light spectrum, to avoid tive as blue light when travelling through water. Meanwhile, interference from arti? cial lights, which wavelength would be we maintained an update rate of up to 10Mpbs. And, when the best choice? A center wavelength of 405nm was a good you take a step back, a shape almost resembling a hemisphere www.marinetechnologynews.com