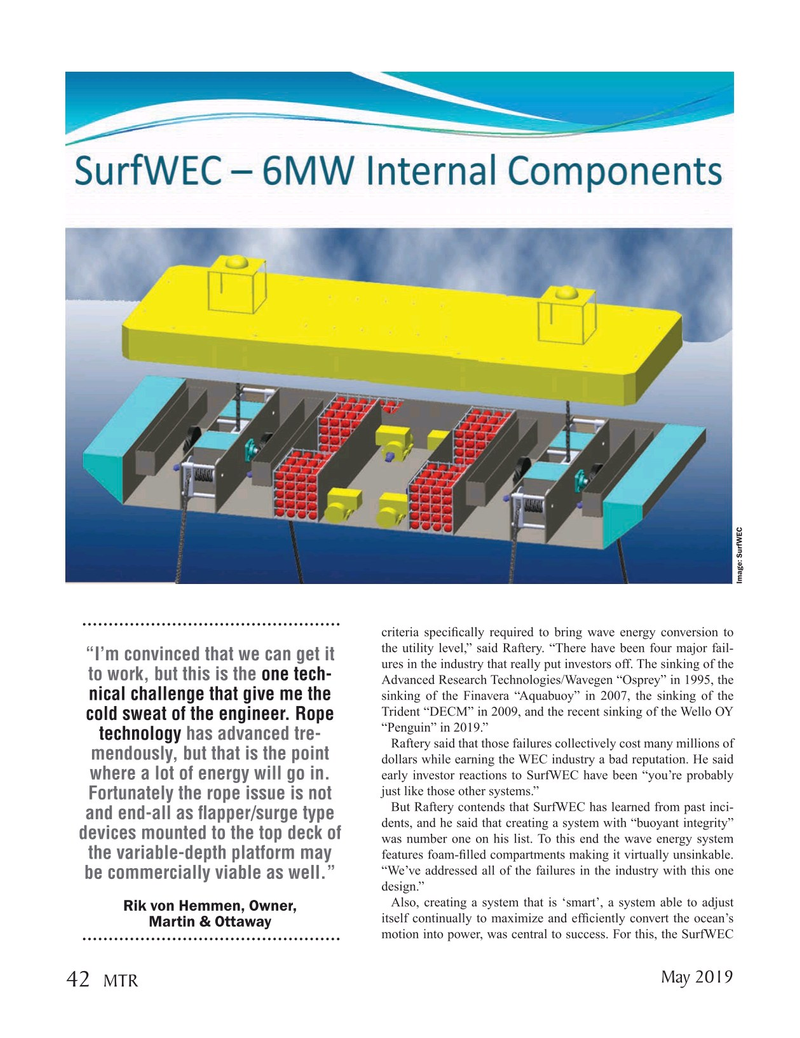 Image: SurfWEC criteria speci? cally required to bring wave energy conversion to the utility level,” said Raftery. “There have been four major fail- “I’m convinced that we can get it ures in the industry that really put investors off. The sinking of the to work, but this is the one tech-

Trident “DECM” in 2009, and the recent sinking of the Wello OY cold sweat of the engineer. Rope “Penguin” in 2019.” technology has advanced tre-

Raftery said that those failures collectively cost many millions of mendously, but that is the point dollars while earning the WEC industry a bad reputation. He said early investor reactions to SurfWEC have been “you’re probably where a lot of energy will go in. just like those other systems.”

Fortunately the rope issue is not

But Raftery contends that SurfWEC has learned from past inci- and end-all as ? apper/surge type dents, and he said that creating a system with “buoyant integrity” devices mounted to the top deck of was number one on his list. To this end the wave energy system features foam-? lled compartments making it virtually unsinkable. the variable-depth platform may “We’ve addressed all of the failures in the industry with this one be commercially viable as well.” design.”

Also, creating a system that is ‘smart’, a system able to adjust

Martin & Ottaway motion into power, was central to success. For this, the SurfWEC