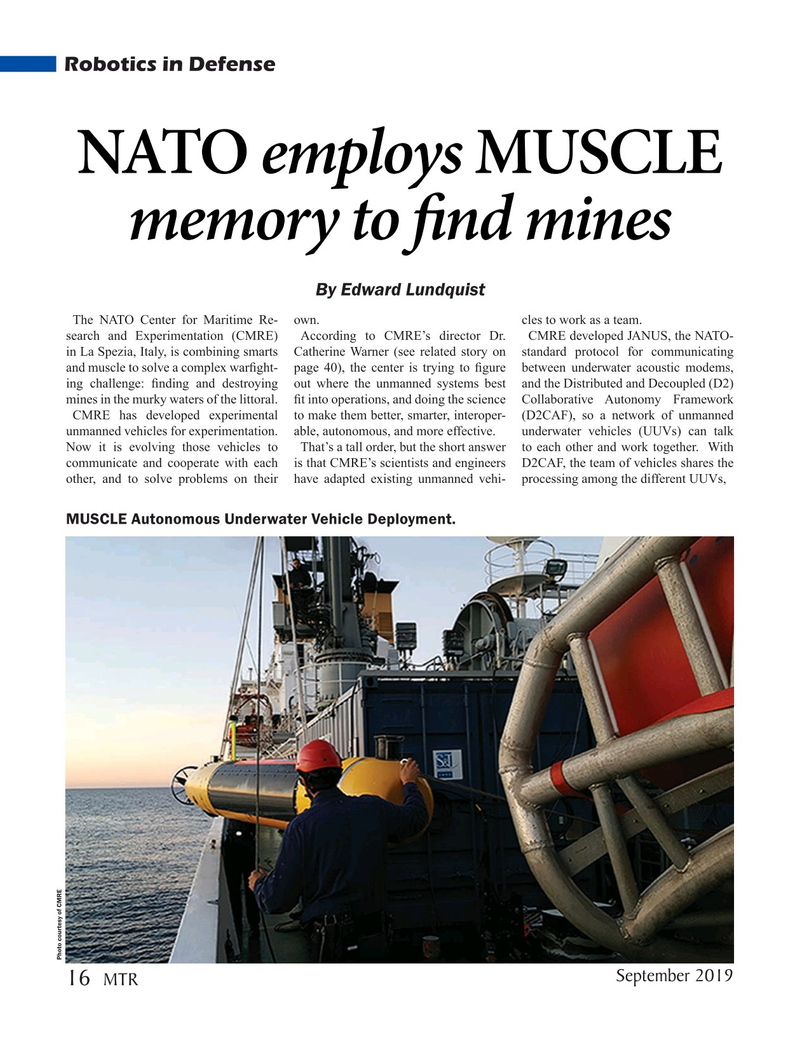 The NATO Center for Maritime Re- own. cles to work as a team.

search and Experimentation (CMRE) According to CMRE’s director Dr. CMRE developed JANUS, the NATO- in La Spezia, Italy, is combining smarts Catherine Warner (see related story on standard protocol for communicating and muscle to solve a complex war? ght- page 40), the center is trying to ? gure between underwater acoustic modems, ing challenge: ? nding and destroying out where the unmanned systems best and the Distributed and Decoupled (D2) mines in the murky waters of the littoral. ? t into operations, and doing the science Collaborative Autonomy Framework

CMRE has developed experimental to make them better, smarter, interoper- (D2CAF), so a network of unmanned unmanned vehicles for experimentation. able, autonomous, and more effective. underwater vehicles (UUVs) can talk

Now it is evolving those vehicles to That’s a tall order, but the short answer to each other and work together. With communicate and cooperate with each is that CMRE’s scientists and engineers D2CAF, the team of vehicles shares the other, and to solve problems on their have adapted existing unmanned vehi- processing among the different UUVs,