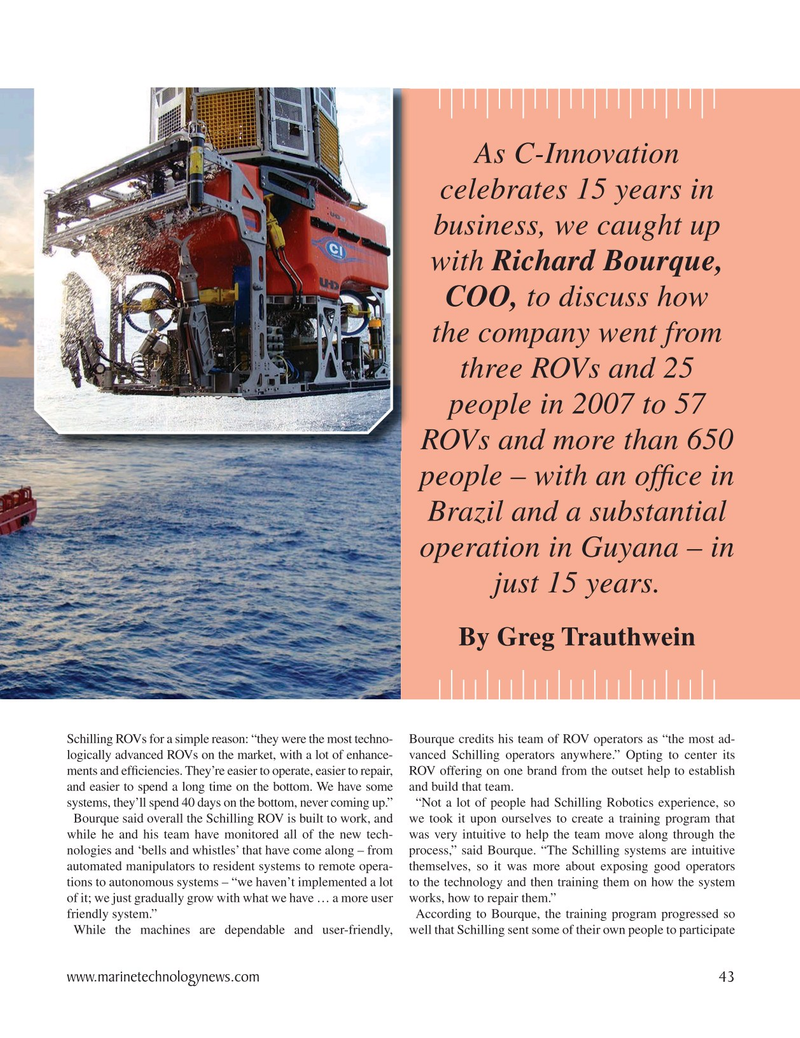 As C-Innovation celebrates 15 years in business, we caught up with Richard Bourque,

Brazil and a substantial operation in Guyana – in just 15 years.

Schilling ROVs for a simple reason: “they were the most techno- Bourque credits his team of ROV operators as “the most ad- logically advanced ROVs on the market, with a lot of enhance- vanced Schilling operators anywhere.” Opting to center its ments and ef? ciencies. They’re easier to operate, easier to repair, ROV offering on one brand from the outset help to establish and easier to spend a long time on the bottom. We have some and build that team. systems, they’ll spend 40 days on the bottom, never coming up.” “Not a lot of people had Schilling Robotics experience, so

Bourque said overall the Schilling ROV is built to work, and we took it upon ourselves to create a training program that while he and his team have monitored all of the new tech- was very intuitive to help the team move along through the nologies and ‘bells and whistles’ that have come along – from process,” said Bourque. “The Schilling systems are intuitive automated manipulators to resident systems to remote opera- themselves, so it was more about exposing good operators tions to autonomous systems – “we haven’t implemented a lot to the technology and then training them on how the system of it; we just gradually grow with what we have … a more user works, how to repair them.” friendly system.” According to Bourque, the training program progressed so

While the machines are dependable and user-friendly, well that Schilling sent some of their own people to participate www.marinetechnologynews.com 43