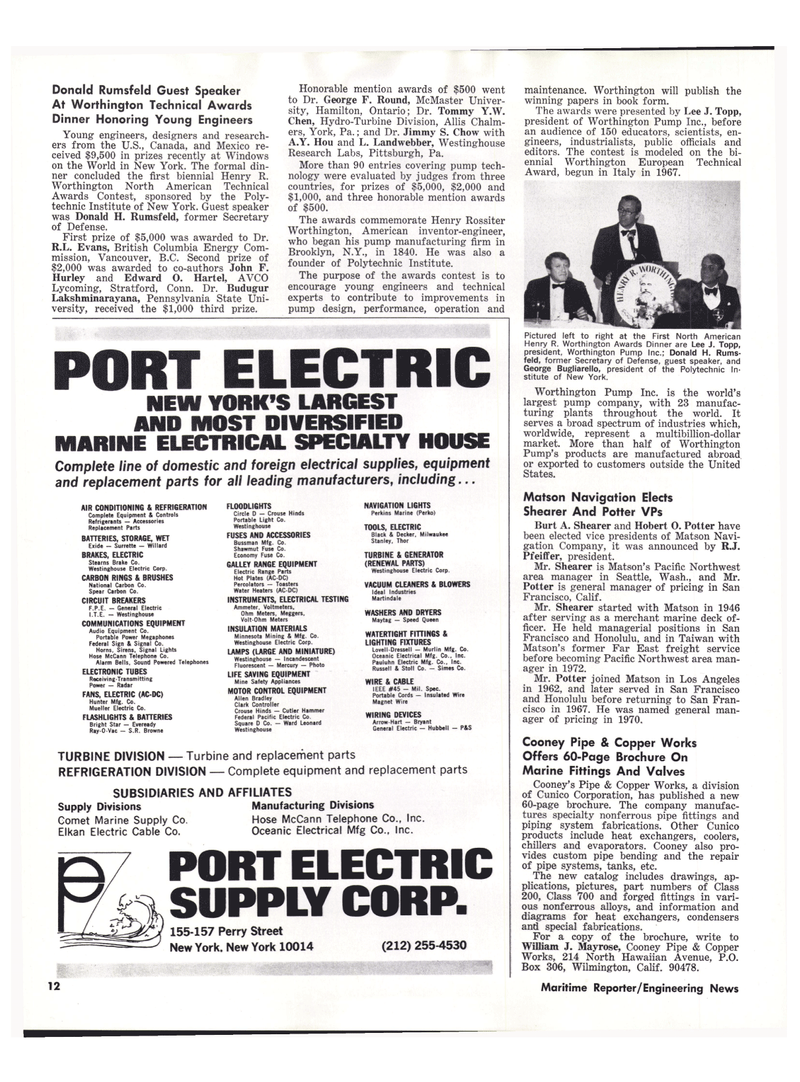 Young engineers, designers and research- ers from the U.S., Canada, and Mexico re- ceived $9,500 in prizes recently at Windows on the World in New York. The formal din- ner concluded the first biennial Henry R.

Worthington, American inventor-engineer, who began his pump manufacturing firm in

Brooklyn, N.Y., in 1840. He was also a founder of Polytechnic Institute.

The awards were presented by Lee J. Topp, president of Worthington Pump Inc., before an audience of 150 educators, scientists, en- gineers, industrialists, public officials and editors. The contest is modeled on the bi- ennial Worthington European Technical

Pictured left to right at the First North American

George Bugliarello, president of the Polytechnic In- stitute of New York.

Worthington Pump Inc. is the world's largest pump company, with 23 manufac- turing plants throughout the world. It serves a broad spectrum of industries which, worldwide, represent a multibillion-dollar market. More than half of Worthington

Burt A. Shearer and Hobert O. Potter have been elected vice presidents of Matson Navi- gation Company, it was announced by R.J.

Potter is general manager of pricing in San

Mr. Shearer started with Matson in 1946 after serving as a merchant marine deck of- ficer. He held managerial positions in San

Francisco and Honolulu, and in Taiwan with

Mr. Potter joined Matson in Los Angeles in 1962, and later served in San Francisco and Honolulu before returning to San Fran- cisco in 1967. He was named general man- ager of pricing in 1970.

For a copy of the brochure, write to

Complete line of domestic and foreign electrical supplies, equipment and replacement parts for all leading manufacturers, including...