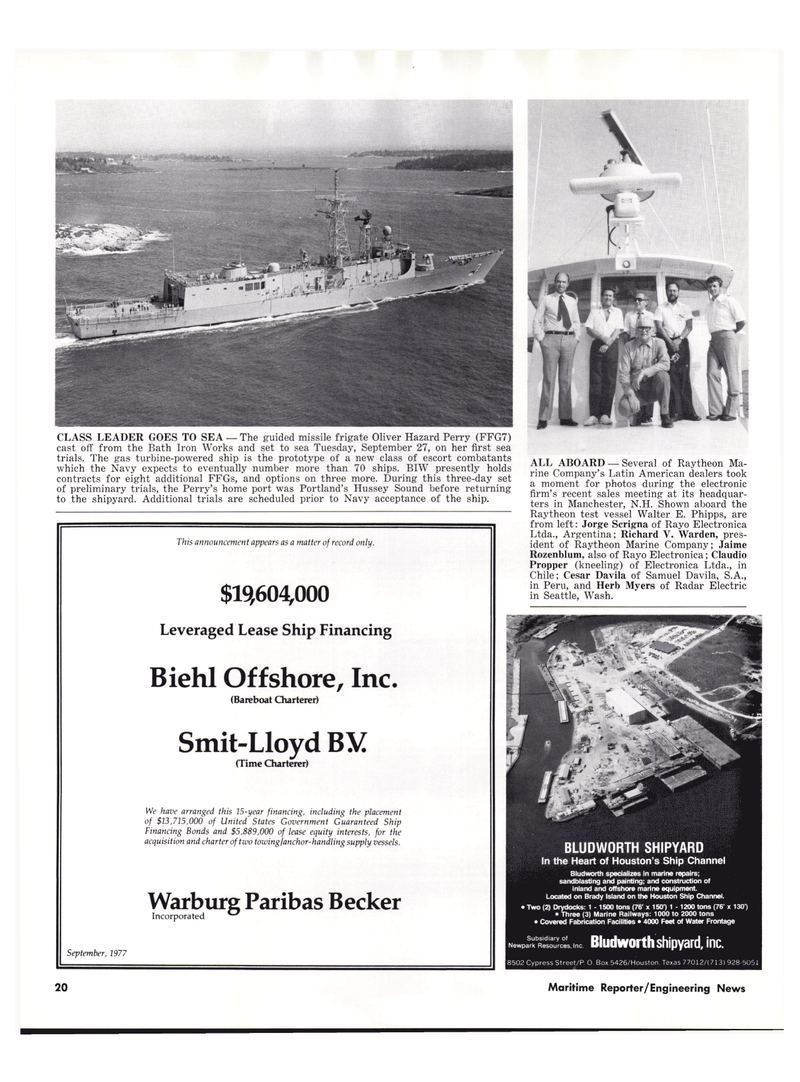 We have arranged this 15-year financing, including the placement of $13,715,000 of United States Government Guaranteed Ship

Financing Bonds and $5,889,000 of lease equity interests, for the acquisition and charter of two towing /anchor-handling supply vessels.

CLASS LEADER GOES TO SEA — The guided missile frigate Oliver Hazard Perry (FFG7) cast off from the Bath Iron Works and set to sea Tuesday, September 27, on her first sea trials. The gas turbine-powered ship is the prototype of a new class of escort combatants which the Navy expects to eventually number more than 70 ships. BIW presently holds contracts for eight additional FFGs, and options on three more. During this three-day set of preliminary trials, the Perry's home port was Portland's Hussey Sound before returning to the shipyard. Additional trials are scheduled prior to Navy acceptance of the ship.

In the Heart of Houston's Ship Channel

Bludworth specializes in marine repairs; sandblasting and painting; and construction of inland and offshore marine equipment.

ALL ABOARD — Several of Raytheon Ma- rine Company's Latin American dealers took a moment for photos during the electronic firm's recent sales meeting at its headquar- ters in Manchester, N.H. Shown aboard the

Propper (kneeling) of Electronica Ltda., in