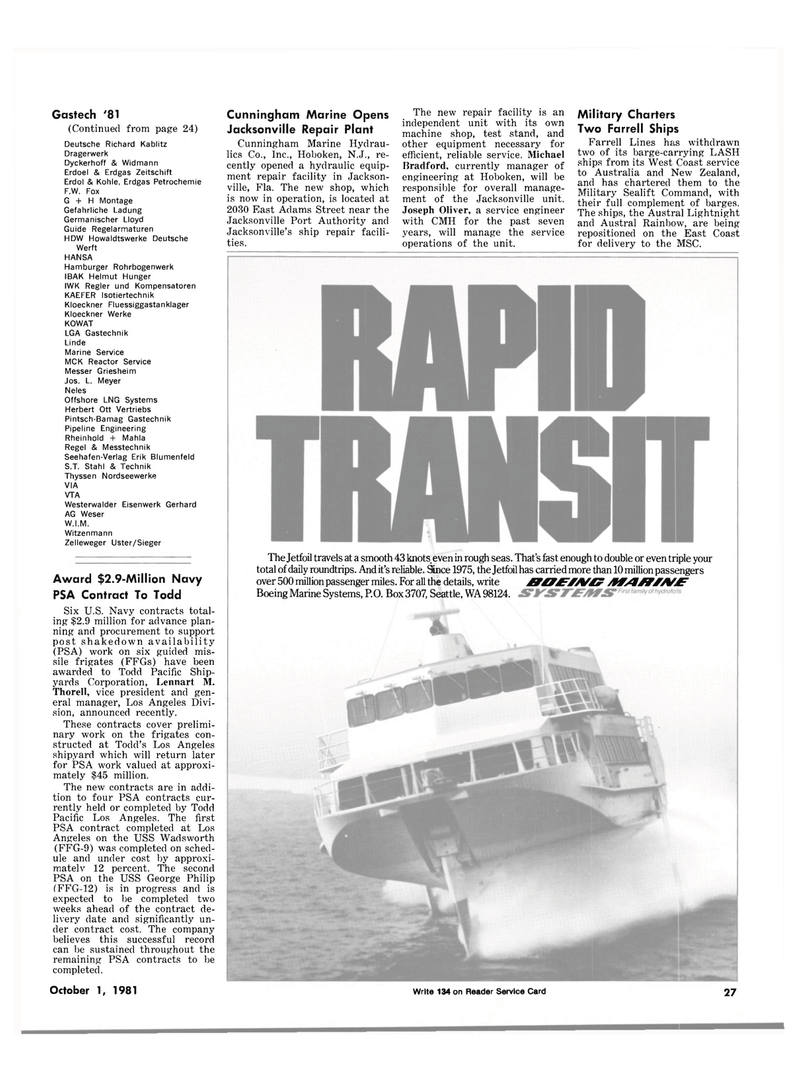 These contracts cover prelimi- nary work on the frigates con- structed at Todd's Los Angeles shipyard which will return later for PSA work valued at approxi- mately $45 million.

Angeles on the USS Wadsworth (FFG-9) was completed on sched- ule and under cost by approxi- mately 12 percent. The second

PSA on the USS George Philip (FFG-12) is in progress and is expected to be completed two weeks ahead of the contract de- livery date and significantly un- der contract cost. The company believes this successful record can be sustained throughout the remaining PSA contracts to be completed.

The new repair facility is an independent unit with its own machine shop, test stand, and other equipment necessary for efficient, reliable service. Michael

Bradford, currently manager of engineering at Hoboken, will be responsible for overall manage- ment of the Jacksonville unit.

Joseph Oliver, a service engineer with CMH for the past seven years, will manage the service operations of the unit.

Farrell Lines has withdrawn two of its barge-carrying LASH ships from its West Coast service to Australia and New Zealand, and has chartered them to the

Military Sealift Command, with their full complement of barges.

The ships, the Austral Lightnight and Austral Rainbow, are being repositioned on the East Coast for delivery to the MSC.

The Jetfoil travels at a smooth 43 knots_even in rough seas. That's fast enough to double or even triple your total of daily roundtrips. And it's reliable. Since 1975, the Jetfoil has carried more than 10 million passengers over 500 million passenger miles. For all the details, write /§WJ4M3FJA/A