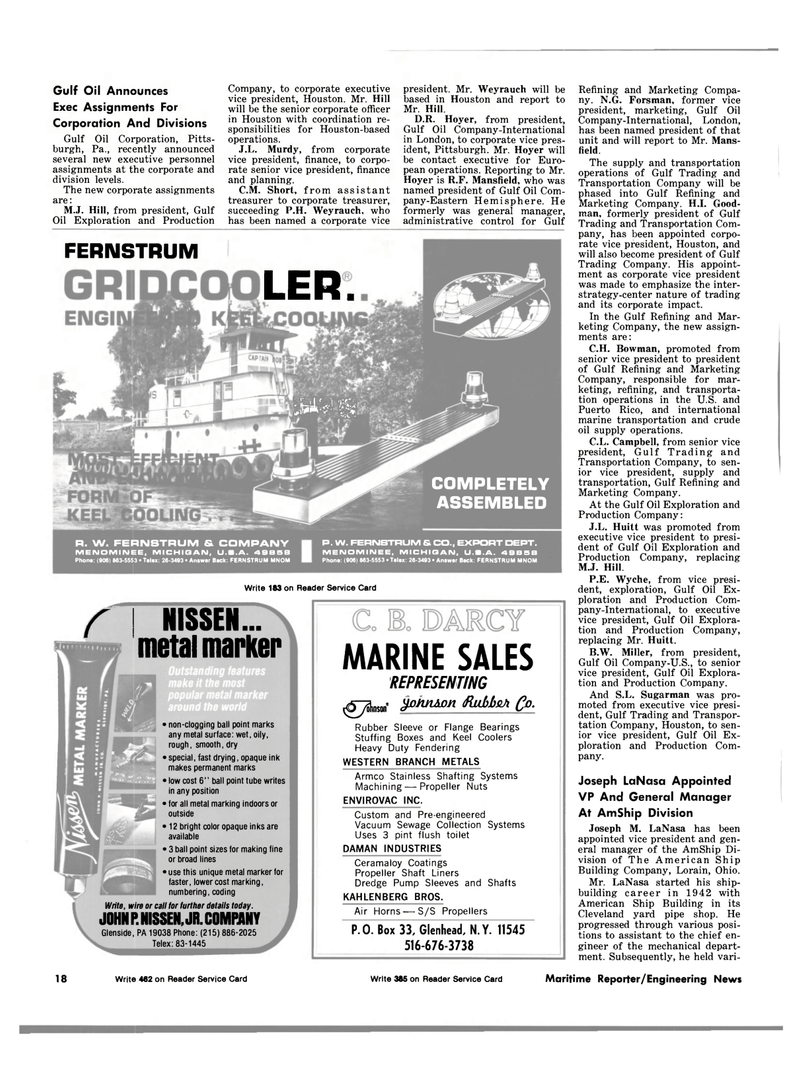 The new corporate assignments are:

Company, to corporate executive vice president, Houston. Mr. Hill will be the senior corporate officer in Houston with coordination re- sponsibilities for Houston-based operations.

C.M. Short, from assistant treasurer to corporate treasurer, succeeding P.H. Weyrauch, who has been named a corporate vice president. Mr. Weyrauch will be based in Houston and report to

Hoyer is R.F. Mansfield, who was named president of Gulf Oil Com- pany-Eastern Hemisphere. He formerly was general manager, administrative control for Gulf

Company-International, London, has been named president of that unit and will report to Mr. Mans- field.

The supply and transportation operations of Gulf Trading and

Transportation Company will be phased into Gulf Refining and

Trading and Transportation Com- pany, has been appointed corpo- rate vice president, Houston, and will also become president of Gulf

Trading Company. His appoint- ment as corporate vice president was made to emphasize the inter- strategy-center nature of trading and its corporate impact.

In the Gulf Refining and Mar- keting Company, the new assign- ments are:

Company, responsible for mar- keting, refining, and transporta- tion operations in the U.S. and

At the Gulf Oil Exploration and

J.L. Huitt was promoted from executive vice president to presi- dent of Gulf Oil Exploration and

Joseph M. LaNasa has been appointed vice president and gen- eral manager of the AmShip Di- vision of The American Ship

Mr. LaNasa started his ship- building career in 1942 with

American Ship Building in its