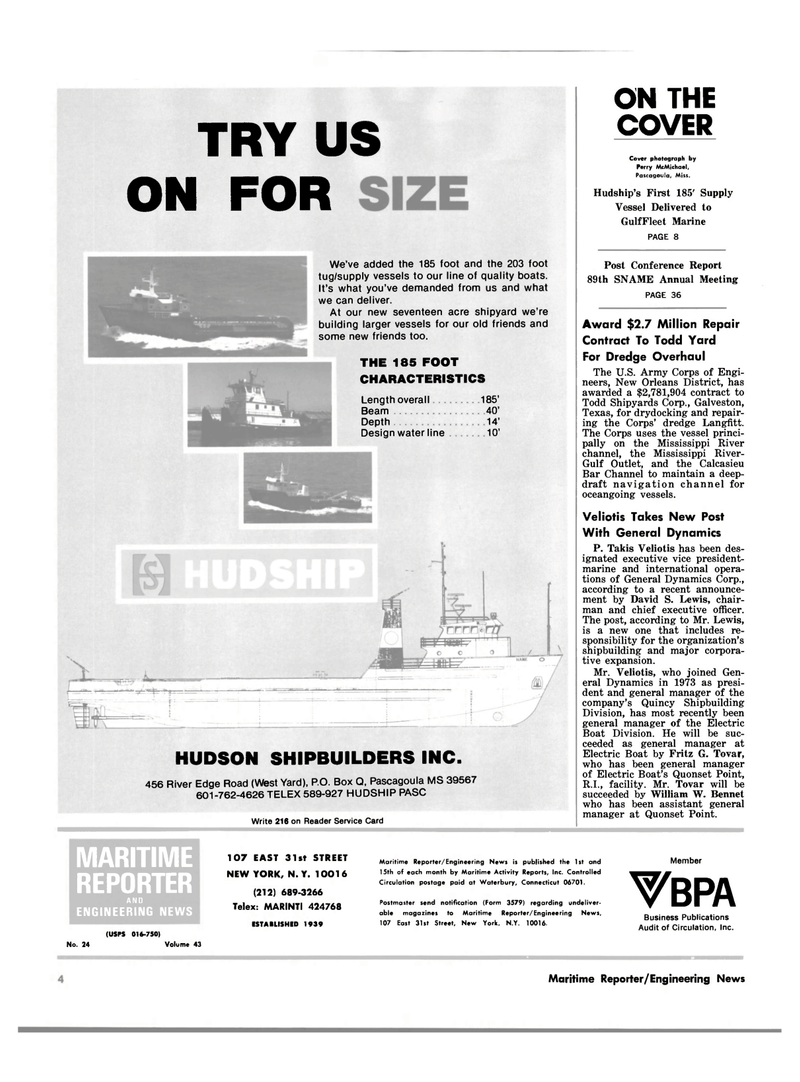 Texas, for drydocking and repair- ing the Corps' dredge Langfitt.

Gulf Outlet, and the Calcasieu

The post, according to Mr. Lewis, is a new one that includes re- sponsibility for the organization's shipbuilding and major corpora- tive expansion.

Mr. Veliotis, who joined Gen- eral Dynamics in 1973 as presi- dent and general manager of the company's Quincy Shipbuilding

Division, has most recently been general manager of the Electric

Boat Division. He will be suc- ceeded as general manager at

Electric Boat by Fritz G. Tovar, who has been general manager of Electric Boat's Quonset Point,

R.I., facility. Mr. Tovar will be succeeded by William W. Bennet who has been assistant general manager at Quonset Point. 107 EAST 31st STREET

Maritime Reporter/Engineering News is published the 1st and 15th of each month by Maritime Activity Reports, Inc. Controlled

We've added the 185 foot and the 203 foot tug/supply vessels to our line of quality boats.

It's what you've demanded from us and what we can deliver.

At our new seventeen acre shipyard we're building larger vessels for our old friends and some new friends too.