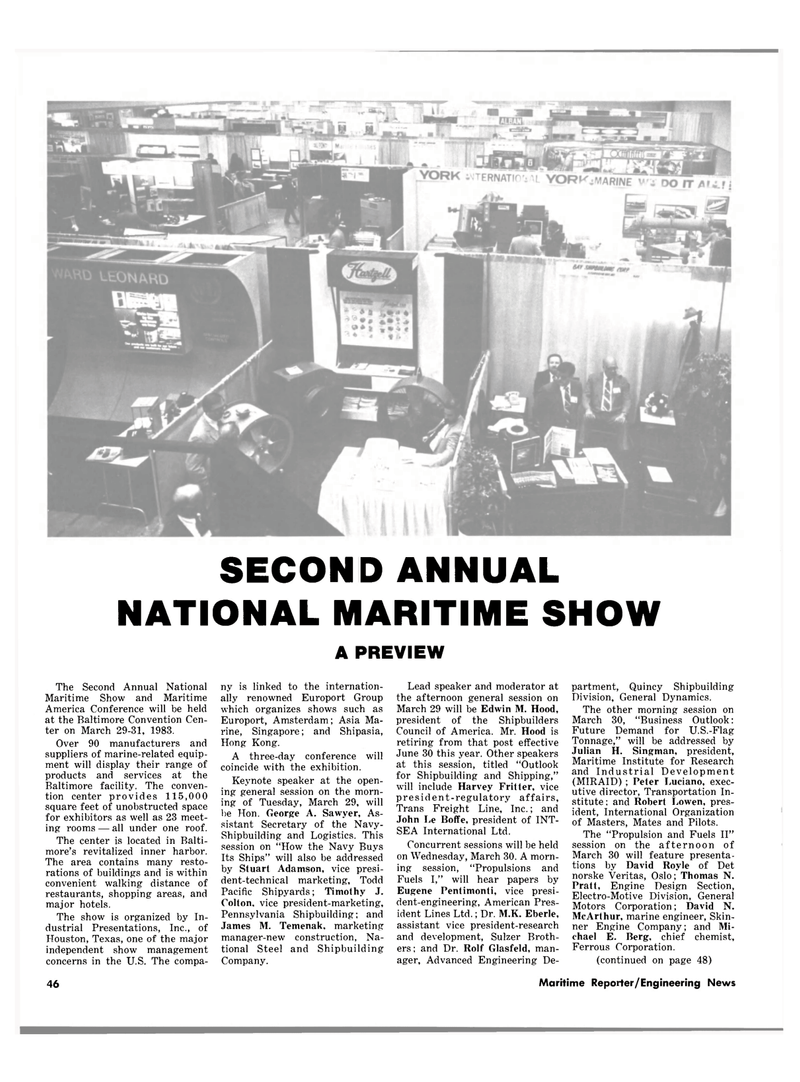 America Conference will be held at the Baltimore Convention Cen- ter on March 29-31, 1983.

Baltimore facility. The conven- tion center provides 115,000 square feet of unobstructed space for exhibitors as well as 23 meet- ing rooms — all under one roof.

The center is located in Balti- more's revitalized inner harbor.

The area contains many resto- rations of buildings and is within convenient walking distance of restaurants, shopping areas, and major hotels.

The show is organized by In- dustrial Presentations, Inc., of

Houston, Texas, one of the major independent show management concerns in the U.S. The compa- ny is linked to the internation- ally renowned Europort Group which organizes shows such as

A three-day conference will coincide with the exhibition.

Keynote speaker at the open- ing general session on the morn- ing of Tuesday, March 29, will be Hon. George A. Sawyer, As- sistant Secretary of the Navy-

Shipbuilding and Logistics. This session on "How the Navy Buys

Lead speaker and moderator at the afternoon general session on

March 29 will be Edwin M. Hood, president of the Shipbuilders

Council of America. Mr. Hood is retiring from that post effective

June 30 this year. Other speakers at this session, titled "Outlook for Shipbuilding and Shipping," will include Harvey Fritter, vice president-regulatory affairs,

Concurrent sessions will be held on Wednesday, March 30. A morn- ing session, "Propulsions and

Fuels I," will hear papers by

The other morning session on

Tonnage," will be addressed by

The "Propulsion and Fuels II" session on the afternoon of