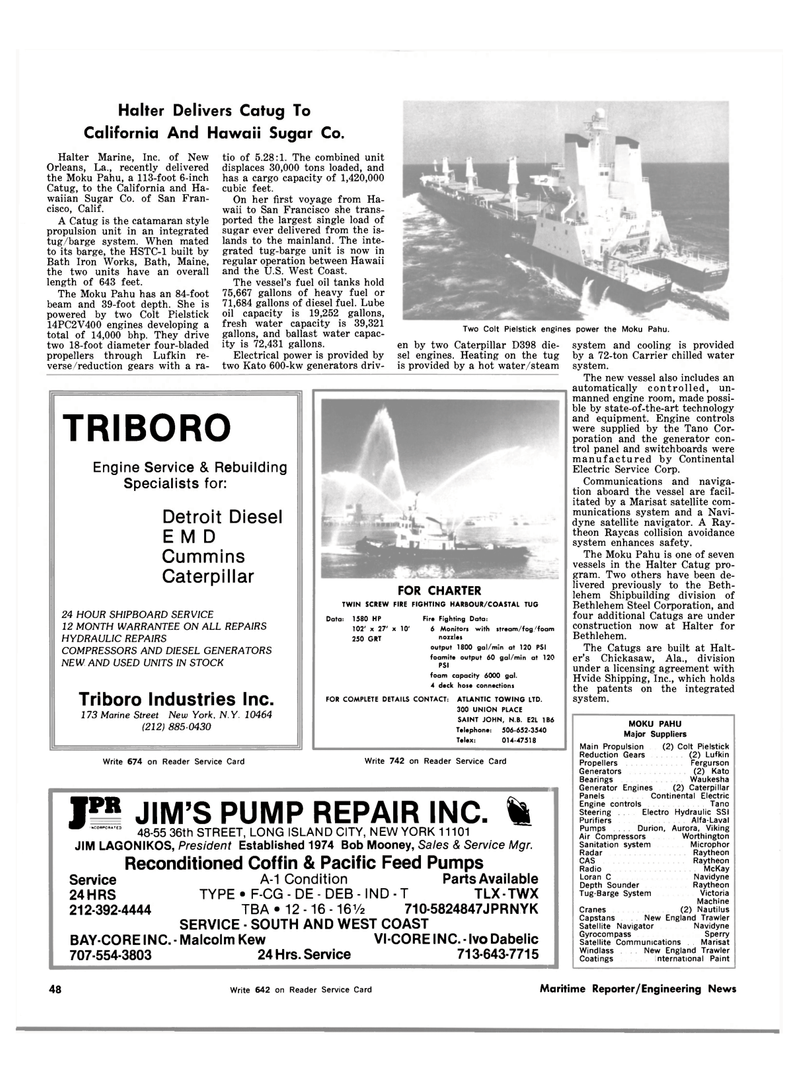 A Catug is the catamaran style propulsion unit in an integrated tug/barge system. When mated to its barge, the HSTC-1 built by

On her first voyage from Ha- waii to San Francisco she trans- ported the largest single load of sugar ever delivered from the is- lands to the mainland. The inte- grated tug-barge unit is now in regular operation between Hawaii and the U.S. West Coast.

NEW AND USED UNITS IN STOCK

The new vessel also includes an automatically controlled, un- manned engine room, made possi- ble by state-of-the-art technology and equipment. Engine controls were supplied by the Tano Cor- poration and the generator con- trol panel and switchboards were manufactured by Continental

The Moku Pahu is one of seven vessels in the Halter Catug pro- gram. Two others have been de- livered previously to the Beth- lehem Shipbuilding division of

Bethlehem Steel Corporation, and four additional Catugs are under construction now at Halter for

The Catugs are built at Halt- er's Chickasaw, Ala., division under a licensing agreement with

Hvide Shipping, Inc., which holds the patents on the integrated system.