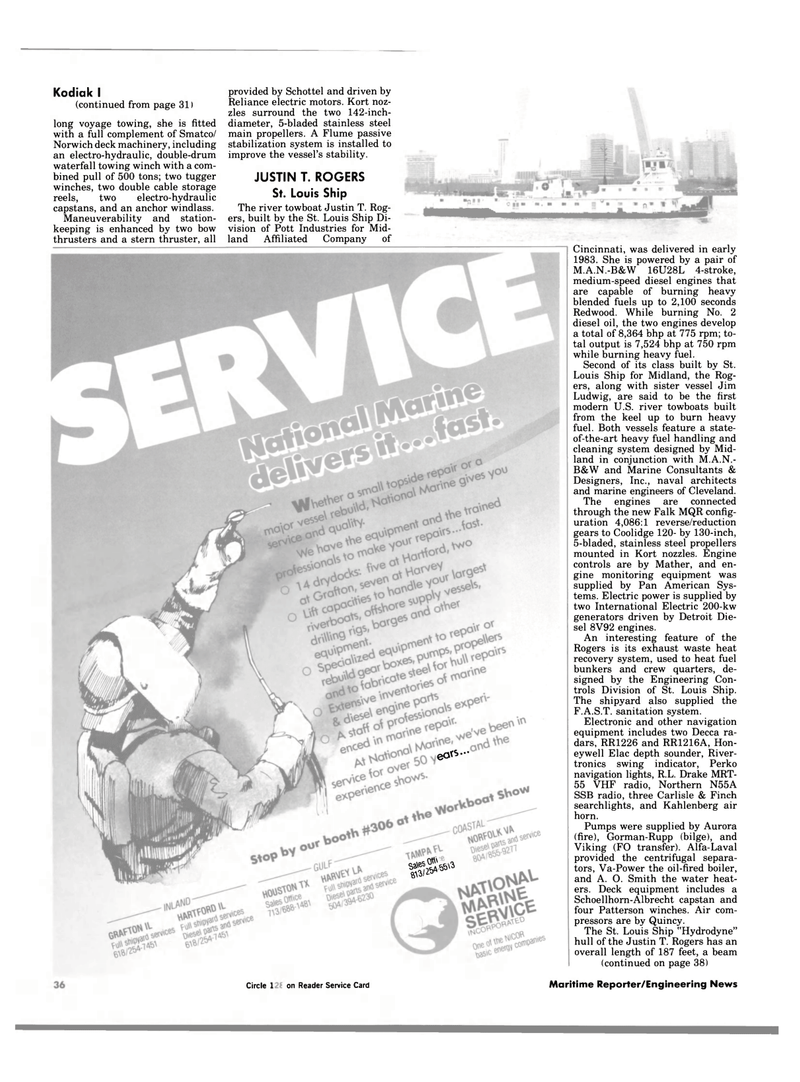 Kodiak I (continued from page 31) long voyage towing, she is fitted with a full complement of Smatco/

Maneuverability and station- keeping is enhanced by two bow thrusters and a stern thruster, all provided by Schottel and driven by

Cincinnati, was delivered in early 1983. She is powered by a pair of

Second of its class built by St.

Louis Ship for Midland, the Rog- ers, along with sister vessel Jim

Ludwig, are said to be the first modern U.S. river towboats built from the keel up to burn heavy fuel. Both vessels feature a state- of-the-art heavy fuel handling and cleaning system designed by Mid- land in conjunction with M.A.N.-

An interesting feature of the

The shipyard also supplied the

Pumps were supplied by Aurora (fire), Gorman-Rupp (bilge), and

The St. Louis Ship "Hydrodyne" hull of the Justin T. Rogers has an overall length of 187 feet, a beam (continued on page 38) 12