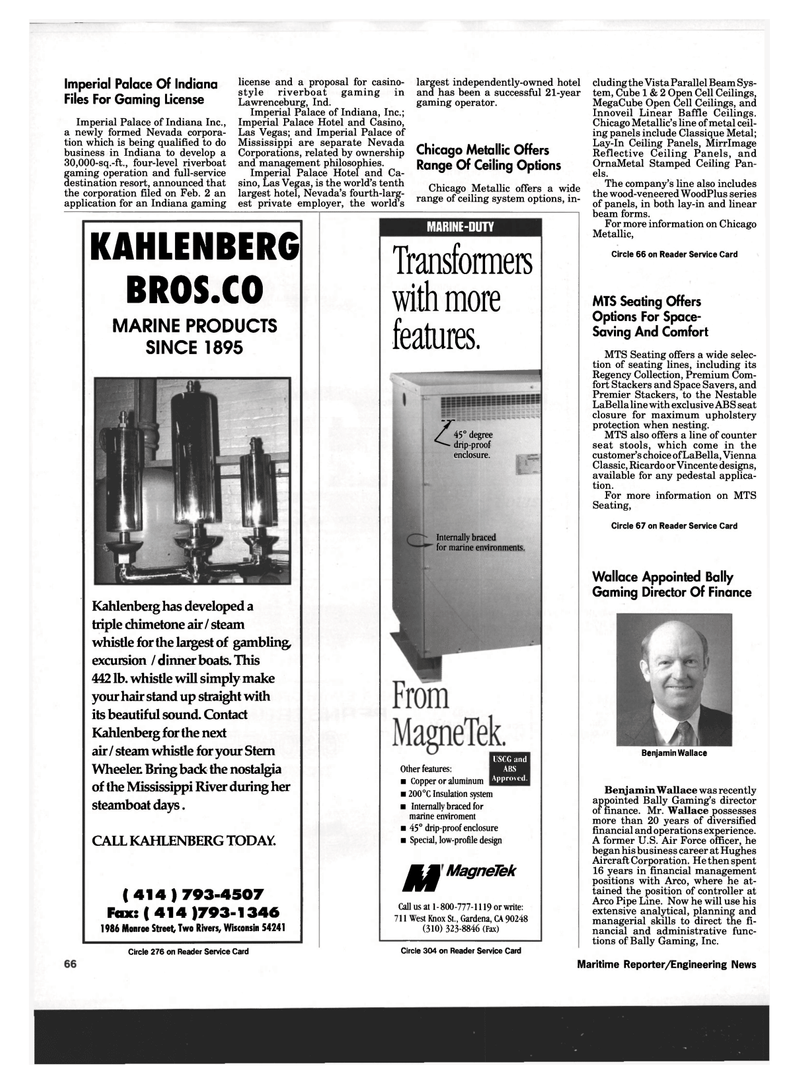 Imperial Palace of Indiana Inc., a newly formed Nevada corpora- tion which is being qualified to do business in Indiana to develop a 30,000-sq.-ft., four-level riverboat gaming operation and full-service destination resort, announced that the corporation filed on Feb. 2 an application for an Indiana gaming license and a proposal for casino- style riverboat gaming in

Las Vegas; and Imperial Palace of

Kahlenbeig has developed a triple chimetone air / steam whistle for the largest of gambling, excursion / dinner boats. This 442 lb. whistle will simply make your hair stand up straight with its beautiful sound. Contact

Kahlenberg for the next air / steam whistle for your Stern

Wheeler Bring back the nostalgia of the Mississippi River during her steamboat days.

The company's line also includes the wood-veneered WoodPlus series of panels, in both lay-in and linear beam forms.

For more information on Chicago

MTS Seating offers a wide selec- tion of seating lines, including its

Premier Stackers, to the Nestable

MTS also offers a line of counter seat stools, which come in the customer's choice of LaBella, Vienna

For more information on MTS

A former U.S. Air Force officer, he began his business career at Hughes

Aircraft Corporation. He then spent 16 years in financial management positions with Arco, where he at- tained the position of controller at

Arco Pipe Line. Now he will use his extensive analytical, planning and managerial skills to direct the fi- nancial and administrative func- tions of Bally Gaming, Inc.