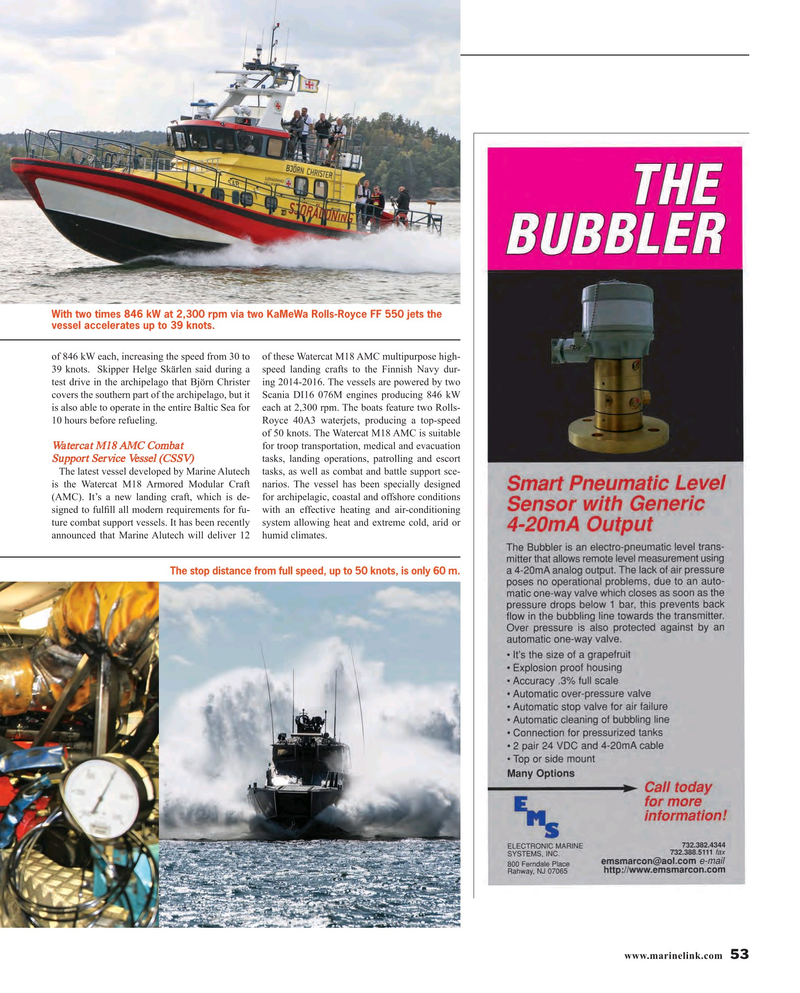 of 846 kW each, increasing the speed from 30 to of these Watercat M18 AMC multipurpose high- 39 knots. Skipper Helge Skärlen said during a speed landing crafts to the Finnish Navy dur- test drive in the archipelago that Björn Christer ing 2014-2016. The vessels are powered by two covers the southern part of the archipelago, but it Scania DI16 076M engines producing 846 kW is also able to operate in the entire Baltic Sea for each at 2,300 rpm. The boats feature two Rolls- 10 hours before refueling. Royce 40A3 waterjets, producing a top-speed of 50 knots. The Watercat M18 AMC is suitable

The latest vessel developed by Marine Alutech tasks, as well as combat and battle support sce- is the Watercat M18 Armored Modular Craft narios. The vessel has been specially designed (AMC). It’s a new landing craft, which is de- for archipelagic, coastal and offshore conditions signed to ful? ll all modern requirements for fu- with an effective heating and air-conditioning ture combat support vessels. It has been recently system allowing heat and extreme cold, arid or announced that Marine Alutech will deliver 12 humid climates.