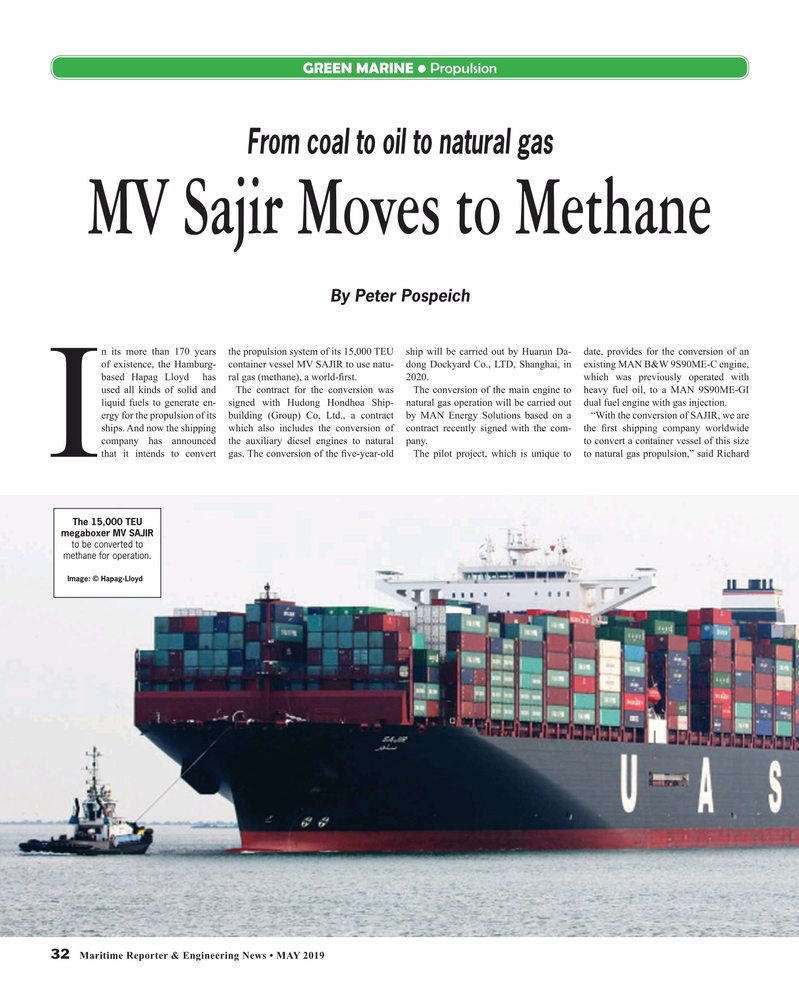 From coal to oil to natural gas

By Peter Pospeich n its more than 170 years the propulsion system of its 15,000 TEU ship will be carried out by Huarun Da- date, provides for the conversion of an of existence, the Hamburg- container vessel MV SAJIR to use natu- dong Dockyard Co., LTD, Shanghai, in existing MAN B&W 9S90ME-C engine, based Hapag Lloyd has ral gas (methane), a world-? rst. 2020. which was previously operated with used all kinds of solid and The contract for the conversion was The conversion of the main engine to heavy fuel oil, to a MAN 9S90ME-GI liquid fuels to generate en- signed with Hudong Hondhoa Ship- natural gas operation will be carried out dual fuel engine with gas injection. ergy for the propulsion of its building (Group) Co, Ltd., a contract by MAN Energy Solutions based on a “With the conversion of SAJIR, we are ships. And now the shipping which also includes the conversion of contract recently signed with the com- the ? rst shipping company worldwide company has announced the auxiliary diesel engines to natural pany. to convert a container vessel of this size

Ithat it intends to convert gas. The conversion of the ? ve-year-old The pilot project, which is unique to to natural gas propulsion,” said Richard

The 15,000 TEU megaboxer MV SAJIR to be converted to methane for operation.