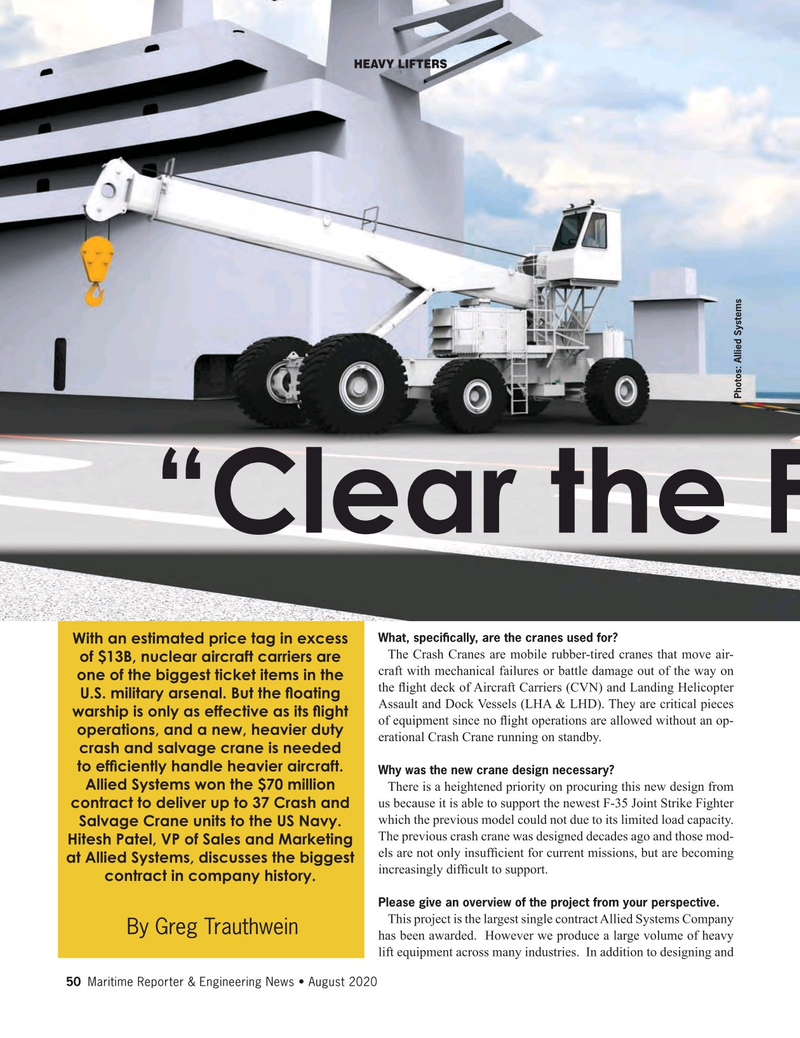 What, speci? cally, are the cranes used for?

With an estimated price tag in excess

The Crash Cranes are mobile rubber-tired cranes that move air- of $13B, nuclear aircraft carriers are craft with mechanical failures or battle damage out of the way on one of the biggest ticket items in the the ? ight deck of Aircraft Carriers (CVN) and Landing Helicopter

U.S. military arsenal. But the ? oating

Assault and Dock Vessels (LHA & LHD). They are critical pieces warship is only as effective as its ? ight of equipment since no ? ight operations are allowed without an op- operations, and a new, heavier duty erational Crash Crane running on standby.

Why was the new crane design necessary?

There is a heightened priority on procuring this new design from us because it is able to support the newest F-35 Joint Strike Fighter contract to deliver up to 37 Crash and which the previous model could not due to its limited load capacity.

Salvage Crane units to the US Navy.

The previous crash crane was designed decades ago and those mod-

Hitesh Patel, VP of Sales and Marketing els are not only insuf? cient for current missions, but are becoming at Allied Systems, discusses the biggest increasingly dif? cult to support.

Please give an overview of the project from your perspective.

This project is the largest single contract Allied Systems Company

By Greg Trauthwein has been awarded. However we produce a large volume of heavy lift equipment across many industries. In addition to designing and 50 Maritime Reporter & Engineering News • August 2020