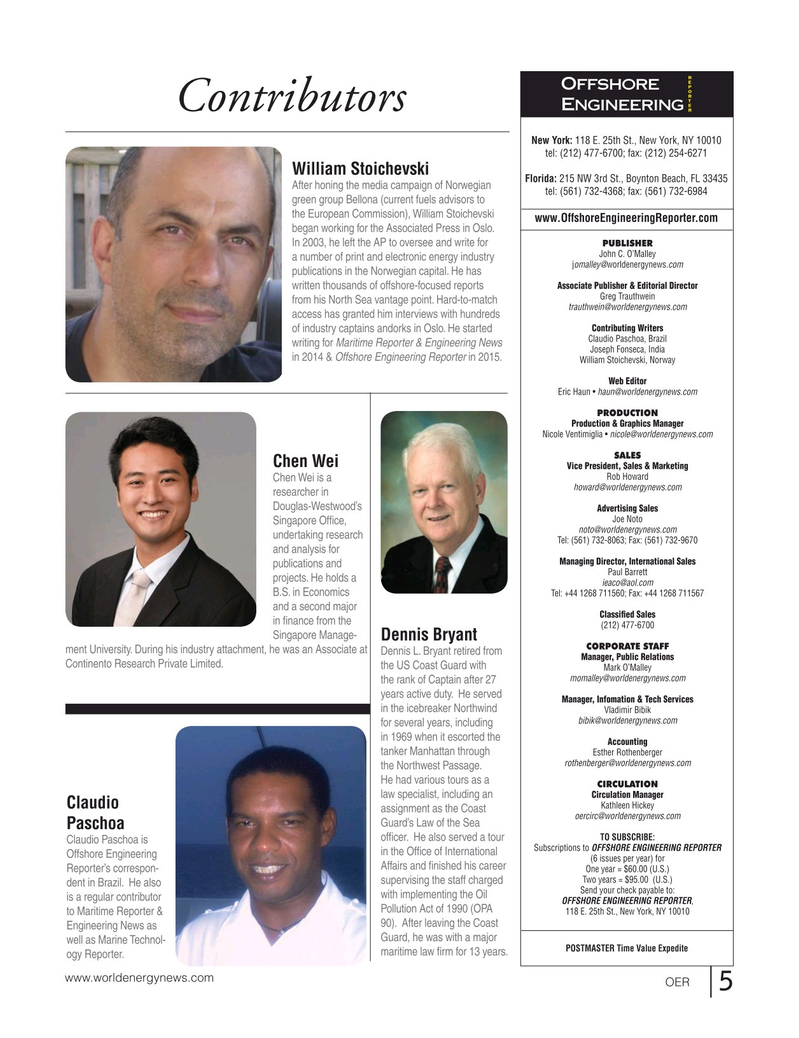 John C. O’Malley a number of print and electronic energy industry jomalley@worldenergynews.com publications in the Norwegian capital. He has

Contributing Writers of industry captains andorks in Oslo. He started

Chen Wei is a howard@worldenergynews.com researcher in

CORPORATE STAFF ment University. During his industry attachment, he was an Associate at Dennis L. Bryant retired from

the US Coast Guard with

Mark O’Malley momalley@worldenergynews.com the rank of Captain after 27 years active duty. He served

Vladimir Bibik bibik@worldenergynews.com for several years, including in 1969 when it escorted the

He had various tours as a

Circulation Manager law specialist, including an

Guard’s Law of the Sea

Subscriptions to OFFSHORE ENGINEERING REPORTER in the Offce of International

Offshore Engineering (6 issues per year) for

Affairs and fnished his career

Send your check payable to: with implementing the Oil is a regular contributor

Guard, he was with a major well as Marine Technol-