Developments in America’s coastal ports are causing officials to closely review maritime safety operations and equipment. Fireboats draw a lot of attention. The reference here is to big fireboats – 40-50 feet, crewed by specially trained firefighters, outfitted with the equipment required to confront and take on a range of waterway emergencies. [CBRN is a frequent acronym used with these fireboats: Chemical, Biological, Radiological, and Nuclear operations.]

Big, new energy projects stand out as prime examples of new and significant port hazards. Consider the map from the Federal Energy Regulatory Commission (FERC) showing some of the major energy projects under regulatory review (Figure 1). And it’s more than just cargo pushing up risk. Vessels are bigger and traffic is heavier, and logistics are always expected to perform faster.

These developments and challenges, though, do not automatically signal a one-to-one kind of dynamic leading to new fireboats. The process between documenting a fireboat’s value and a commitment to buy one and place it in service is a fractured one. If it’s a flow chart, it’s complicated. Big fireboats are expensive. And public officials, of course, don’t just buy a boat. Specialized crews and specialized equipment add up to significant operating costs. A closer look at two ports shows some of these issues at play. 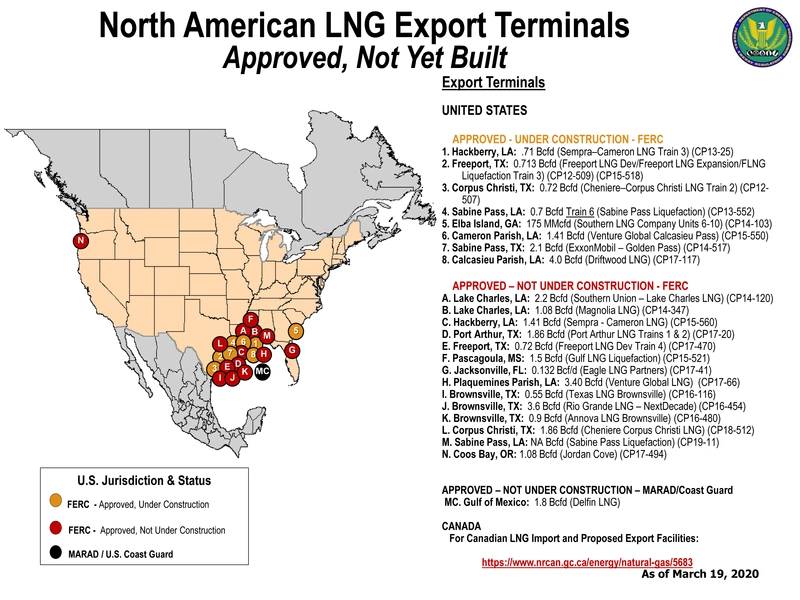 The Sabine-Neches Waterway is one such navigation system confronting new and increased maritime hazards. The Sabine-Neches (S-N) is the United States’ third largest waterway, connecting the Gulf of Mexico with the critical Texas port-energy cities of Port Arthur, Beaumont and Orange.

The S-N is number one for bulk liquid cargo. Refineries there produce 60% of the nation’s commercial jet fuel. Significantly, the waterway is projected to become the largest liquefied natural gas (LNG) exporter in the US.

Fireboats are highlighted in recent SETWAC documents and presentations. In January 2020, for example, a SETWAC Navigation Subcommittee presented its waterway safety assessment for a planned ethane project in Nederland, Texas, between Port Arthur and Beaumont. Overall, the subcommittee judged that project safety risks and future operational risks were acceptable and within the norms of good practice.

Risks, though, increase with activity. Planned shipments (propane and butane) just from the Nederland project go from 20/month in July 2020 to an expected 30/month in July 2021. Vessels are VLECs – “very large ethane carriers” carrying “up to 98,800 cubic meters in addition to crude oil,” the Subcommittee reports. VLECs are currently used on the S-N Waterway. Additionally, the Subcommittee advised that pilot and tug workforces need to expand to keep pace with this project and other waterway developments.

Recall the FERC map (Figure 1) and the concentration of projects. In Beaumont, for example, Martin Midstream Partners (MMP) is planning an LHG (liquified hazardous gas, similar to LNG but not the same) project that will include ultra large ethane carriers (ULEC). ULECs can have capacities around 150,000 cubic meters each. Vessel transits for this MMP project alone are projected to increase from 24 ships per year to 350. Right now, the S-N District has no large fireboats, although there are some privately owned fireboats.

Waterway officials like to point out that 350 transits are just a fraction of total vessel activity. That’s true. But proportion is important. The S-N Waterway, for example, had 57,238 total transits in 2019, but 84% were inland tug and tow operations. LNG/gas carriers made up 2%, around 1,145 transits. Keep in mind the increase forecast just for the MMP project. It may take years to reach maximum activity, but it also takes a while to obtain a fireboat and have it commissioned into service.

At the SETWAC January meeting the Navigation Subcommittee made two recommendations. One, that the Nederland expansion should be approved.

Second: “Given the rapid expansion of NGL facilities and traffic along the SNWW, all efforts should continue within the local maritime community to add purpose designed and built marine firefighting assets along with appropriately trained personnel. The committee especially emphasizes the need for those companies and terminals operating oil and gas facilities (such as Sun/ETP) to promote and lead this important safety effort.”

What’s happened since that recommendation was made last January?

Some initial next steps were reportedly started by an existing regional safety working group.

One move was to contact officials at Port Houston, which has three fireboats in service along the Houston Ship Channel. S-N officials wanted advice and recommendations based on Port Houston’s experience. What was that advice? Hard to tell. S-N officials would not provide details about the meetings and Houston officials did not respond to inquiries.

Bottom line: this all remains unsettled. Larry Fountain is District Operations Manager for the Sabine Neches Navigation District. “We really haven’t made any progress on furthering the fire boat,” he said, “due largely to the COVID pandemic.” There is no timeline to complete this investigatory work. Funding issues are unresolved. Apparently, there was initial discussion about using some of the revenue from the S-N vessel transit fee to pay for new equipment and, of course, ongoing personnel and operating costs. 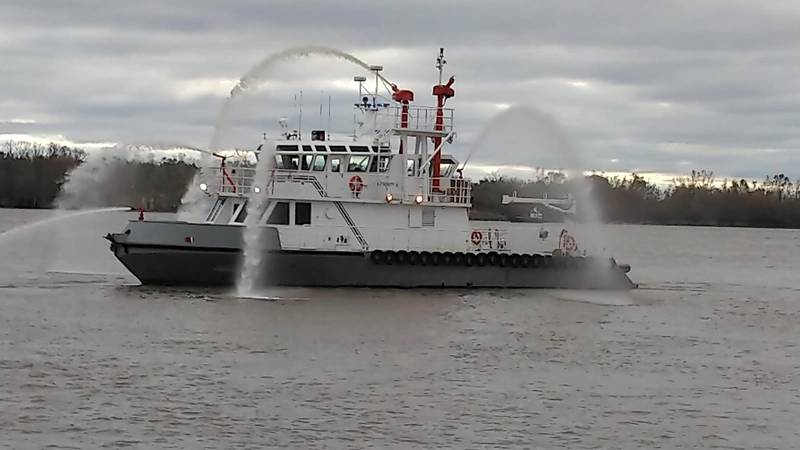 Now consider the Port of Plaquemines, on the Mississippi, 20 miles south of New Orleans. Plaquemines has significant fireboat capabilities, ready 24/7. The Port has two 57-foot vessels called Authority I and Authority II, each crewed by two firefighters and ready to go in 2-3 minutes. These boats started service in 2015 and 2016. They replaced older, smaller versions from the 1970s. The newer boats are faster, they can pump 6,000 gallons per minute, have remote firefighting operations and positive pressure cabins.

A third vessel, the Authority III, is a 90-footer, crewed by three firefighters. Response time is 5 minutes.

Crews are all maritime certified. All Captains have USCG 100-ton licenses.

Plaquemines fireboat decisions were made in response to the kind of energy-safety issues that Sabine-Neches is confronting. Donald Durr, Director of Security & Vessels for Plaquemines Port, said port officials wanted increased capacity to respond to potential emergencies at refineries and petroleum and chemical plants. A top operating concern was an upgrade in pumping, which the A-3 delivers: 15,000 gallons per minute, a 400-foot reach and carrying 1,000 gallons of foam. Another concern: a larger rescue platform. The A-3 was built in 2005 by Conrad Shipyard in Louisiana. 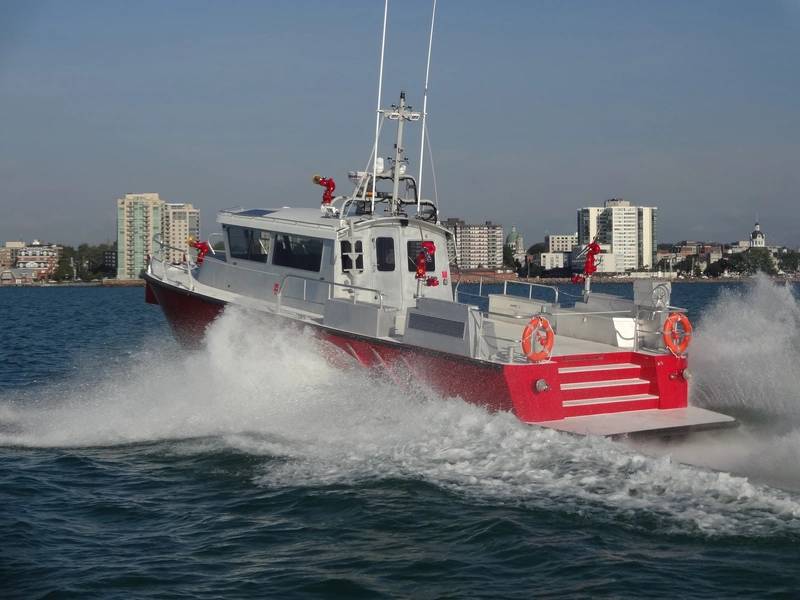 A builder’s perspective
Bob Clark is Contracts Manager for MetalCraft Marine, a major fireboat manufacturer with facilities in the U.S. and Canada. MetalCraft’s extensive portfolio includes a diverse range of custom fire and rescue vessels. Clark was asked for his perspective on the fireboat market as he monitors emerging issues related to portside energy developments vis-à-vis the difficult decisions about expensive fireboats and related costs.

It’s Clark’s view that the market for big fireboats is somewhat stagnant right now. He foresees more growth in demand from smaller public entities, e.g., municipalities and port or safety districts. “The biggest buying decision for the buyers right now,” Clark said, “seems to be budget driven. Even our 36s, 40s and 50s are all being sold at lower dollars.”

Regarding the safety and hazardous issues presented by new port energy developments Clark commented that port officials that he’s been in contact with “are all over the map” regarding interests, concerns and questions about fireboats. He said that MetalCraft is “selling more boats with Purple K agents” (material used to fight LNG fires). In addition, interest in big fireboats ticked upwards after recent port and harbor disasters, such as the one that struck the U.S. Navy’s Bonhomme Richard in San Diego in July.

About 15 years ago, in the U.S., the Department of Homeland Security and FEMA provided rather generous funding and terms to help municipalities purchase fireboats. New York City’s Fireboat 343 and its sister fireboat the Fire Fighter II, for example, both placed in service in 2010, were largely paid for by Homeland Security grants. Each vessel cost $27 million.

In the last five years, those federal funds were cut way back. Still, that money remains important, Clark said, particularly FEMA grants for larger ports considering fireboats. He also noted that in the booming economy pre-COVID smaller municipalities were relatively flush and that, at least for MetalCraft, fireboat orders were strong. Since COVID’s economic hits, however, municipal coffers are far less secure, and Clark said that local governments are avoiding any preventable debt. He added that a new stimulus package could recharge big-ticket orders otherwise standing ready.

Clark was asked about the kind of fireboats currently drawing interest from officials. He said MetalCraft’s FireStorm 50, recently purchased by Miami City, Fla.; Alexandria, Va. and overseas by Kuwait, exemplifies the kind of vessel that gets officials’ interest. Attractive features are speed, high maneuverability and pumping capacity and options for CBRN capabilities.

He commented further: among ports, this is a nonstop effort. Officials know that when they forward a “yes” decision to the green-eyeshade team in accounting, it’s got to be for the right piece of equipment. 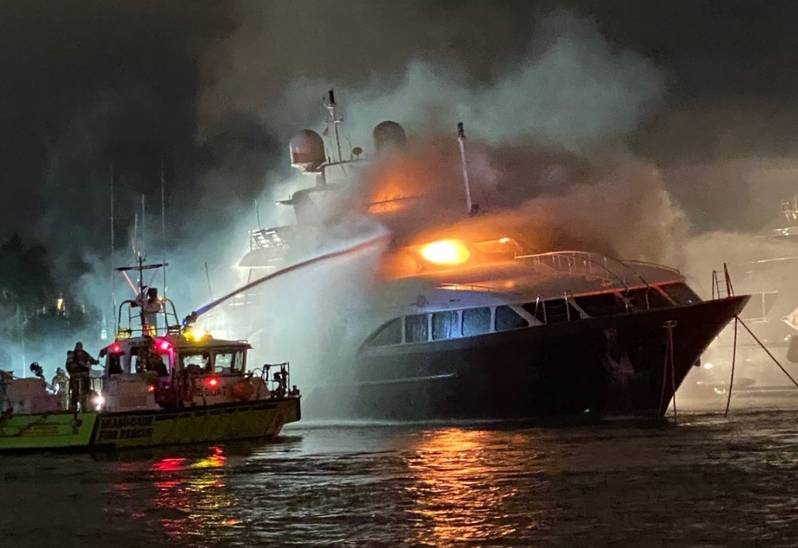 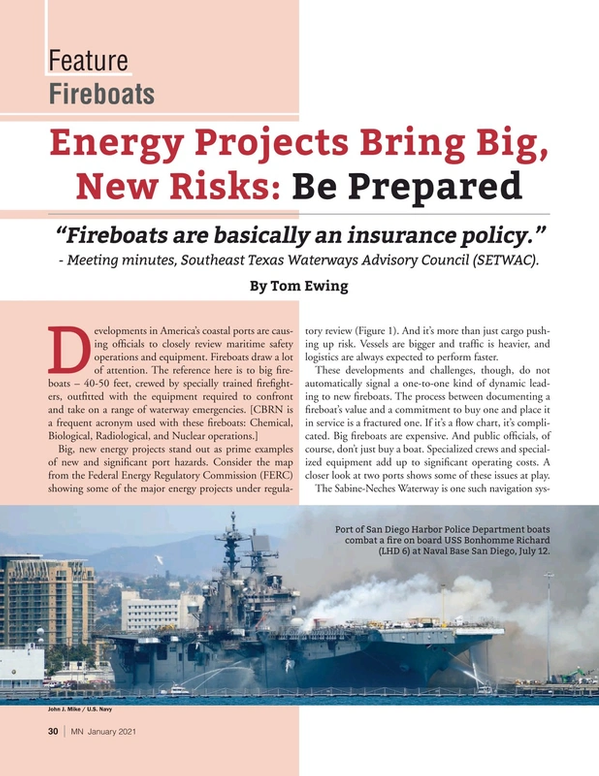