A little more than a year ago, 40 global research and defense companies met to discuss how unmanned systems could be used by the world’s armies, air forces and navies in the defense systems of the future. This led to the British Royal Navy staging its first ‘robot wars’ last fall to give companies the chance to demonstrate their latest technology in a realistic workout. In the largest exercise of its kind ever staged, ‘Unmanned Warrior’, held off the coasts of Scotland and Wales, provided an international showcase for industry to demonstrate what autonomous systems can do for naval warfare, including the use of unmanned vessels (AUVs, ROVs, USVs) in surveys, antisubmarine warfare, ISTAR (information, surveillance, target acquisition and reconnaissance) and mine hunting. 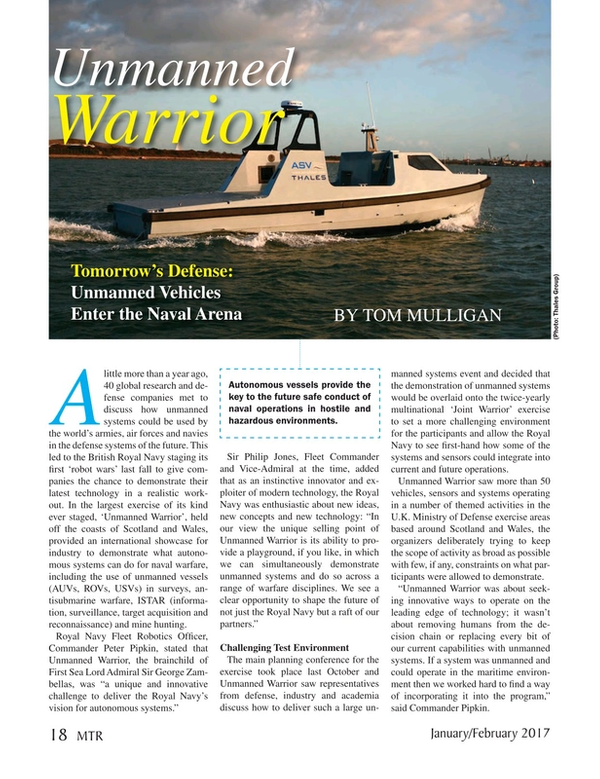