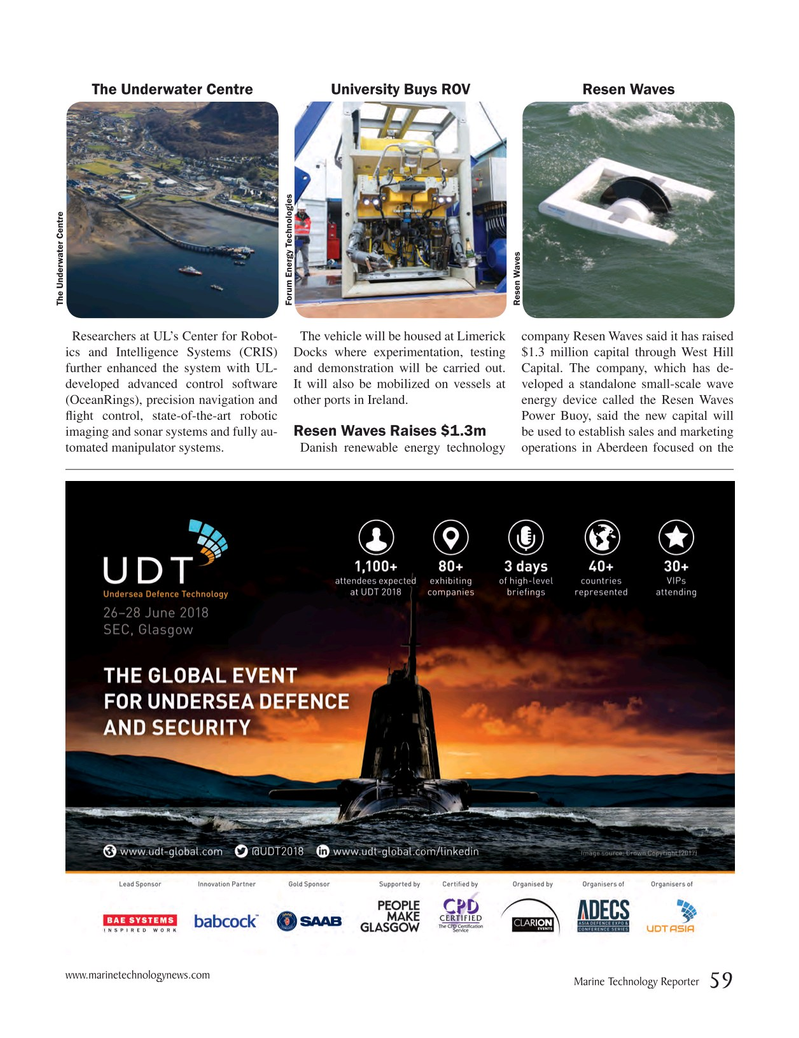 Researchers at UL’s Center for Robot- The vehicle will be housed at Limerick company Resen Waves said it has raised ics and Intelligence Systems (CRIS) Docks where experimentation, testing $1.3 million capital through West Hill further enhanced the system with UL- and demonstration will be carried out. Capital. The company, which has de- developed advanced control software It will also be mobilized on vessels at veloped a standalone small-scale wave (OceanRings), precision navigation and other ports in Ireland. energy device called the Resen Waves