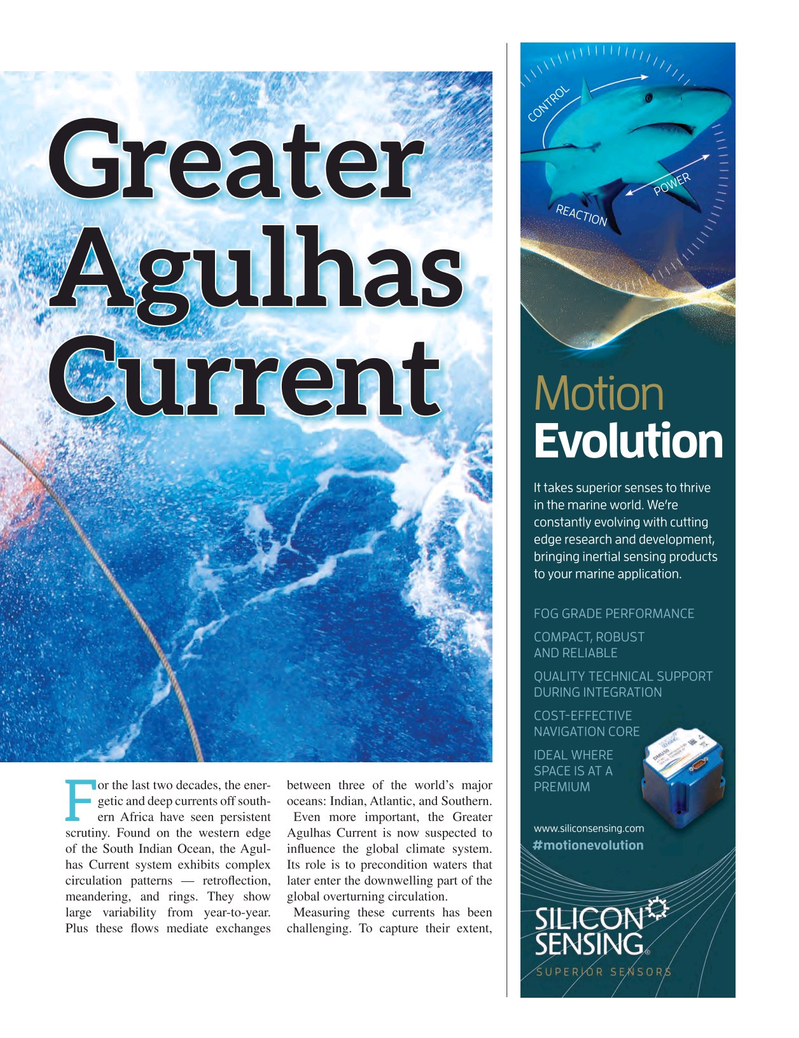 CurrentCurrent or the last two decades, the ener- between three of the world’s major getic and deep currents off south- oceans: Indian, Atlantic, and Southern.

F ern Africa have seen persistent Even more important, the Greater scrutiny. Found on the western edge Agulhas Current is now suspected to of the South Indian Ocean, the Agul- in