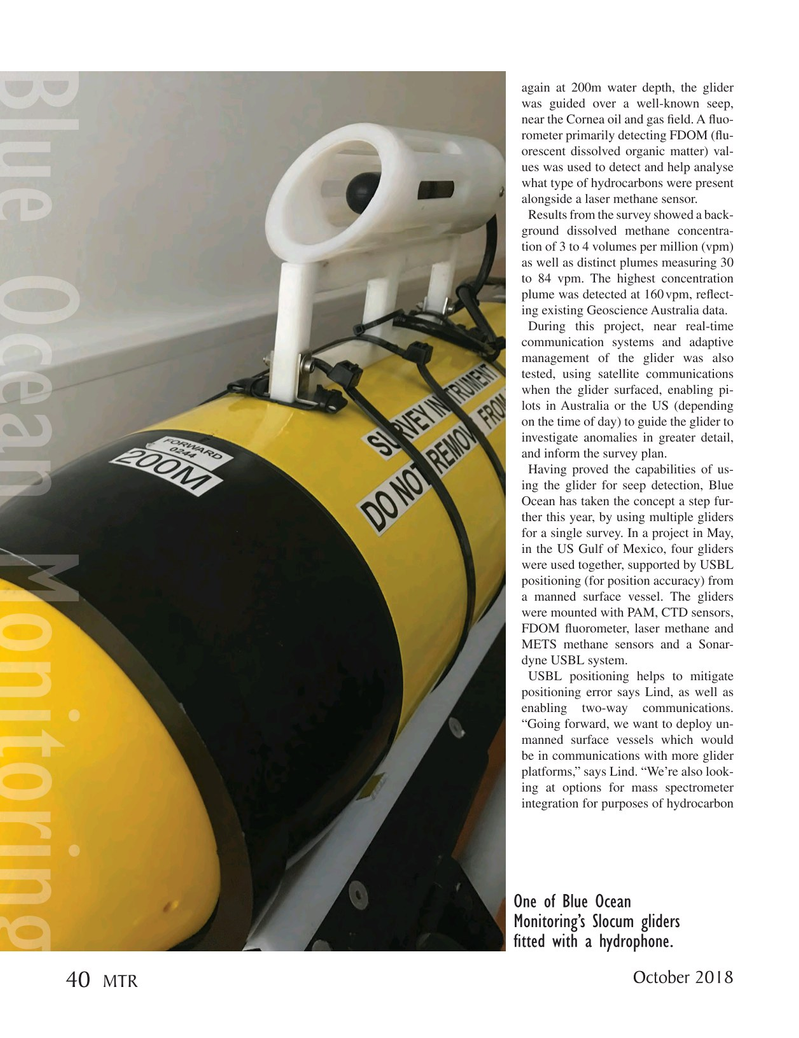 Blue Ocean Monitoring again at 200m water depth, the glider was guided over a well-known seep, near the Cornea oil and gas ? eld. A ? uo- rometer primarily detecting FDOM (? u- orescent dissolved organic matter) val- ues was used to detect and help analyse what type of hydrocarbons were present alongside a laser methane sensor.

Results from the survey showed a back- ground dissolved methane concentra- tion of 3 to 4 volumes per million (vpm) as well as distinct plumes measuring 30 to 84 vpm. The highest concentration plume was detected at 160 vpm, re? ect- ing existing Geoscience Australia data.

During this project, near real-time communication systems and adaptive management of the glider was also tested, using satellite communications when the glider surfaced, enabling pi- lots in Australia or the US (depending on the time of day) to guide the glider to investigate anomalies in greater detail, and inform the survey plan.

Having proved the capabilities of us- ing the glider for seep detection, Blue

Ocean has taken the concept a step fur- ther this year, by using multiple gliders for a single survey. In a project in May, in the US Gulf of Mexico, four gliders were used together, supported by USBL positioning (for position accuracy) from a manned surface vessel. The gliders were mounted with PAM, CTD sensors,

One of Blue Ocean