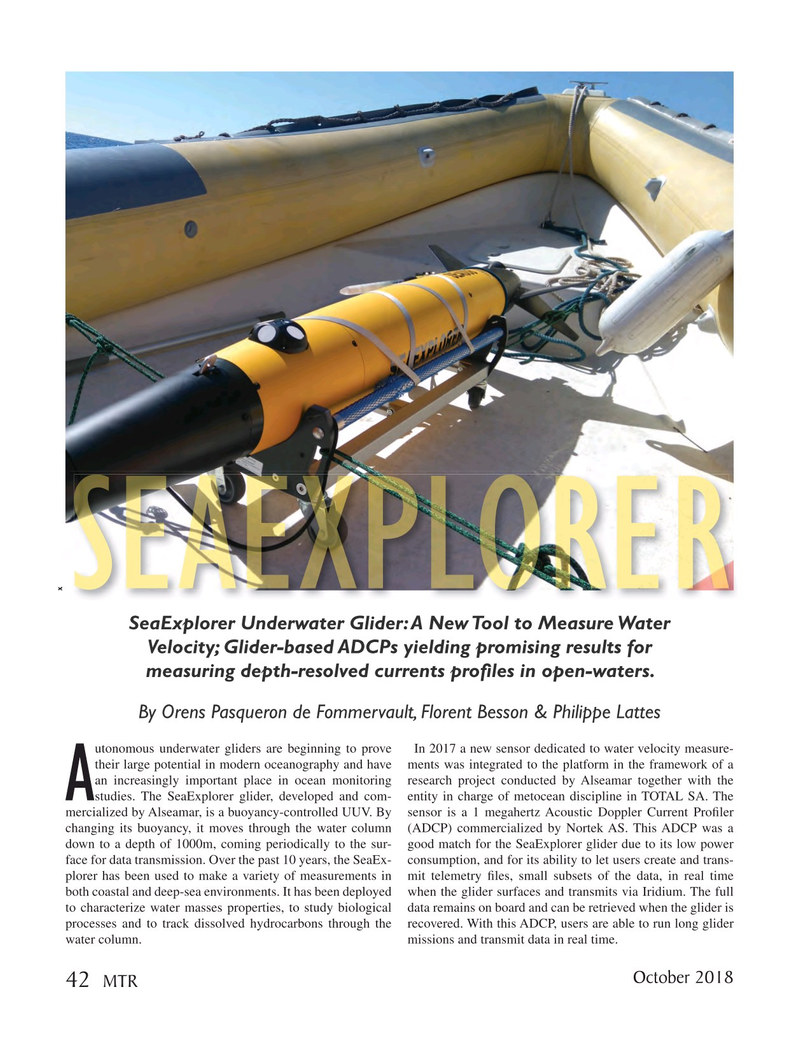 By Orens Pasqueron de Fommervault, Florent Besson & Philippe Lattes utonomous underwater gliders are beginning to prove In 2017 a new sensor dedicated to water velocity measure- their large potential in modern oceanography and have ments was integrated to the platform in the framework of a an increasingly important place in ocean monitoring research project conducted by Alseamar together with the

Astudies. The SeaExplorer glider, developed and com- entity in charge of metocean discipline in TOTAL SA. The mercialized by Alseamar, is a buoyancy-controlled UUV. By sensor is a 1 megahertz Acoustic Doppler Current Pro? ler changing its buoyancy, it moves through the water column (ADCP) commercialized by Nortek AS. This ADCP was a down to a depth of 1000m, coming periodically to the sur- good match for the SeaExplorer glider due to its low power face for data transmission. Over the past 10 years, the SeaEx- consumption, and for its ability to let users create and trans- plorer has been used to make a variety of measurements in mit telemetry ? les, small subsets of the data, in real time both coastal and deep-sea environments. It has been deployed when the glider surfaces and transmits via Iridium. The full to characterize water masses properties, to study biological data remains on board and can be retrieved when the glider is processes and to track dissolved hydrocarbons through the recovered. With this ADCP, users are able to run long glider water column. missions and transmit data in real time.