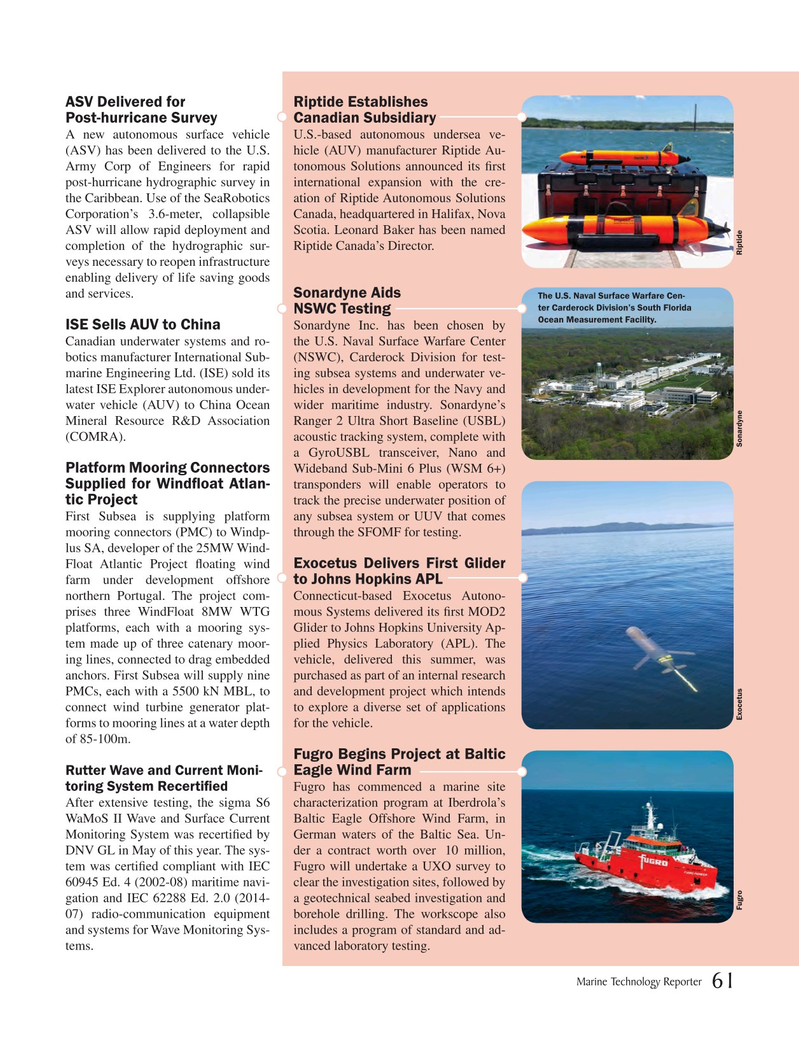 Army Corp of Engineers for rapid tonomous Solutions announced its ? rst post-hurricane hydrographic survey in international expansion with the cre- the Caribbean. Use of the SeaRobotics ation of Riptide Autonomous Solutions

ASV will allow rapid deployment and Scotia. Leonard Baker has been named completion of the hydrographic sur- Riptide Canada’s Director.

Sonardyne Inc. has been chosen by

First Subsea is supplying platform any subsea system or UUV that comes mooring connectors (PMC) to Windp- through the SFOMF for testing.

PMCs, each with a 5500 kN MBL, to and development project which intends connect wind turbine generator plat- to explore a diverse set of applications forms to mooring lines at a water depth for the vehicle.

After extensive testing, the sigma S6 characterization program at Iberdrola’s

Monitoring System was recerti? ed by German waters of the Baltic Sea. Un-