Recently  the United States Navy  and NOAA signed an agreement to jointly expand the development and operations of unmanned maritime systems in the nation’s coastal and world’s ocean waters. RDML John Okon, Commander, Naval Meteorology and Oceanography Command, shares his insights on the direction and pace of the use of unmanned maritime systems for the Navy’s future.

Interesting, I never started out to have a career in Oceanography, but rather in Broadcast Meteorology. At NY Maritime College, I studied both Meteorology and Oceanography and became equally passionate about Oceanography. Thanks to the US Navy, we have a career field in both. As a young Officer I didn’t realize Naval Oceanography existed, but one day I had the pleasure to welcome aboard USS TICONDEROGA, AGC Benner and AG1 Skala as a Mobile Environmental Team. From that day forward I found a field and group of Sailors and Civilians that were passionate and dedicated to the sciences and protection of our Constitution. 25 years later ... here I am.

The Ocean is critical to National and Global Security. Back in the early 90’s the ocean wasn’t contested, the US was the most powerful Navy and we had freedom of movement, anytime, anywhere. Now, while we are still the most powerful Navy in the world, near peer competitors are racing to close that gap. The ocean and undersea domain is center stage. With 70 percent of the world populations living near the ocean, 90 percent of global trade occurring on the Maritime Commons, and over 90% of intercontinental communication traveling on undersea cables. The Ocean matters more now than ever before. 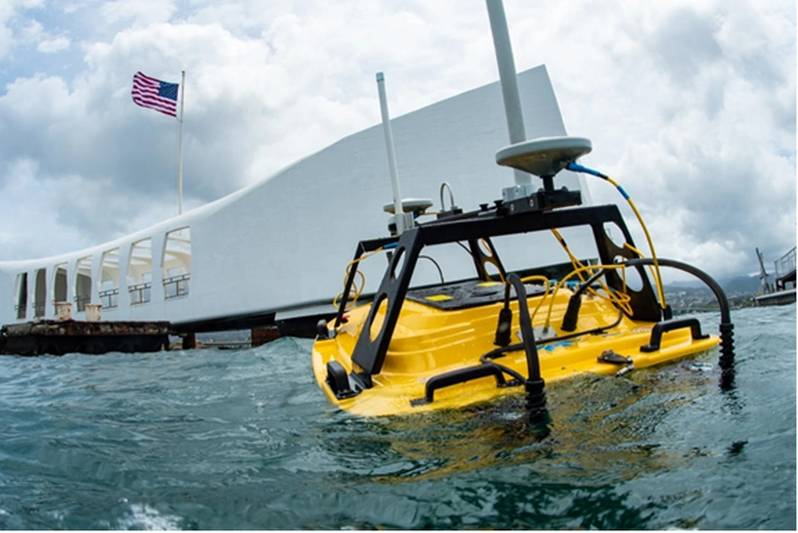 In the past 10 years, unmanned systems capabilities have continued to expand with the limits of operational potential remaining beyond the visible horizon. We have in inventory approximately 200 unmanned systems, ranging from man portable littoral expeditionary units to the larger 6000M deep ocean systems. These systems are force multipliers for us to provide critical environmental knowledge across the globe to the meet the operational needs of the Fleet. Operating unmanned systems are part of everyday life across a number of Naval Oceanography commands to include a fleet of buoyancy gliders, unmanned surface vehicles, and unmanned underwater vehicles that effectively enable mine warfare, special warfare, and safety of navigation. The expanded roles of unmanned systems in environmental intelligence operations means their place in the warfighting tool kit is well entrenched. As endurance and complex autonomy improves, you can expect the mission set to grow.

For decades, NOAA and Navy have a long history of cooperation and previously developed a framework to broaden coordination to leverage expertise in the development and operational transition of Unmanned Maritime Systems (UMS) under the Commercial Engagement Through Ocean Technology Act (CENOTE). The significance of CENOTE is to further operational use of unmanned systems, as well strengthening the partnership through joint acquisition strategies, and autonomy development.

While NOAA and Naval Oceanography use unmanned systems similarly to collect similar data sets, we do it for very different reasons with very different mission sets. A great example is acoustics. NOAA uses acoustic sensors (like hydrophones) primarily in their fisheries and climate groups. They are monitoring marine mammals, detecting seismic activity, and using it for law enforcement for public consumption. Naval Oceanography collects acoustic information to understand how ambient noise impacts sound pathways through the ocean to enable undersea warfare. CENOTE better postures Navy and NOAA to reduce costs and minimize duplication of effort in development and operations of unmanned systems. 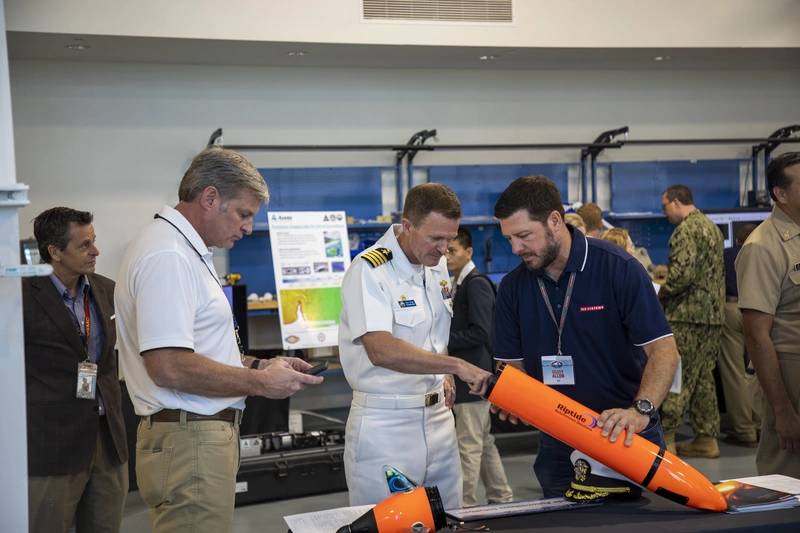 Utilization of unmanned systems will continue to expand throughout Navy operations. Early successes with the MK18 family of unmanned underwater systems demonstrated that unmanned systems can extend the Fleet’s reach, direct our talented members to other tough problems, and improve warfighter safety. The Navy has continued to invest in developing the systems that enhance our warfighting posture, keep our Sailors and Marines safe, and keep our adversaries at distance. As AI, autonomy, and endurance mature and improve our ability to sense the environment and grow the tactical advantage. Coupled with efficiency in data handling, dissemination and onboard processing Naval Oceanography will maintain our advantage in the information age.

People often tout power management as the greatest limitation, but we have been making steady advances in endurance. In reality, true autonomy and extended communications remain the barriers to broad ocean unmanned operations. Marine surface and submerged systems operate in very hostile environments and are challenged daily by that environment. The communications to these systems is never an assured success. UMS systems need to be able to maneuver in that ocean environment, make adjustments according to the challenges that ocean environment presents and most importantly complete the objective or task with very little or often no communications. Energy demand remains a challenge.

Fortunately, Naval Oceanography has fought through the COVID-19 crisis by keeping all six of our oceanographic survey ships conducting critical missions for the U.S. Navy.

Unmanned systems served as a pivotal part of our capability and enable us to collect critical oceanographic and bathymetric information to enable fleet operations. Their top three capabilities include:

Technology is important and it seems like many folks are chasing the next best thing.
In my opinion, it is the commitment from every aspect of our country, from government, to academia to industry, to work together to solve hard problems in the ocean for our economic prosperity and defense of our country. The ocean has no borders, we must work together to develop a culture of connectedness ... in the end our greatest advantage is people and partnerships.

VADM John “Sarge” Alexander. Sarge taught me honest self-assessment, stewardship matters, and reconfirmed a lesson from my Father, hardwork is a talent equalizer. Sarge was my Executive Officer while I was stationed on USS DWIGHT D EISENHOWER.

Reach out to your Navy. Naval Oceanography is hiring! Oceanography is an exciting broad and diverse field. Find your passion, be committed, and accept the lifestyle that comes with it. 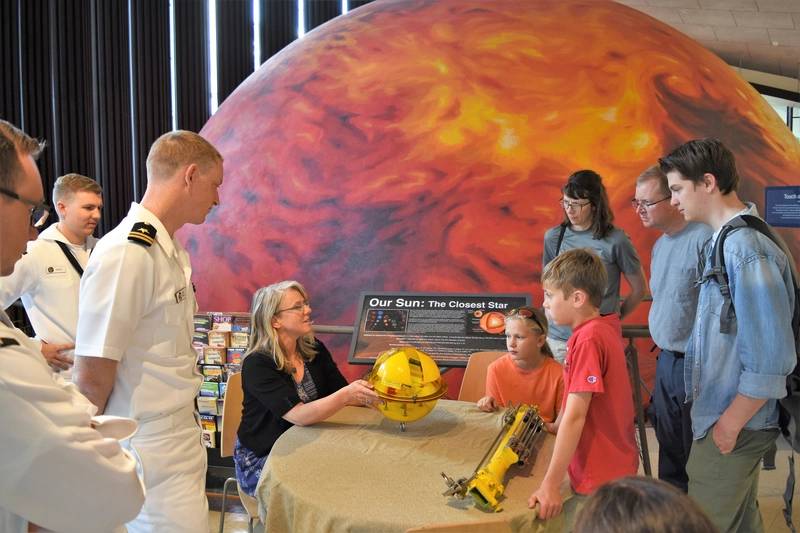 I’ll give you two. First is Everyone Communicates Few Connect by John Maxwell. Leadership is innately personal. If you want to lead and influence, you must learn to connect. It is the number one attribute that stands between you and success. Second, Two Souls Indivisible by James Hirsch. This book is a chilling story of two good men that did not let race or background stand between them, their call to duty, and their commitment to each other. Fred Cherry and Porter Halyburton showed how good men can achieve greatness during the worst conditions. I had the pleasure to study at the Naval War College and heard first hand their story and saw their unrelenting bond.

Running long distance, woodworking and playing golf with my wife. Outside of that, our three Labrador Retrievers keep us busy throwing the ball and long walks!