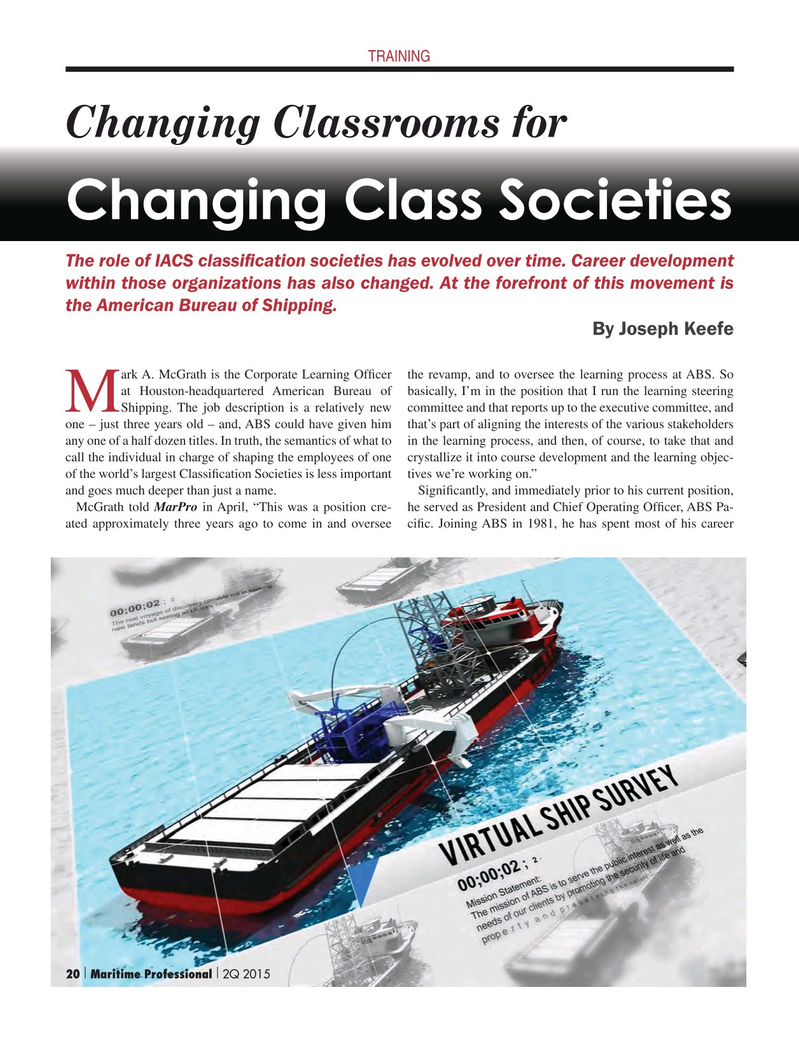 The role of IACS classi? cation societies has evolved over time. Career development within those organizations has also changed. At the forefront of this movement is the American Bureau of Shipping.

By Joseph Keefe ark A. McGrath is the Corporate Learning Of? cer the revamp, and to oversee the learning process at ABS. So at Houston-headquartered American Bureau of basically, I’m in the position that I run the learning steering

MShipping. The job description is a relatively new committee and that reports up to the executive committee, and one – just three years old – and, ABS could have given him that’s part of aligning the interests of the various stakeholders any one of a half dozen titles. In truth, the semantics of what to in the learning process, and then, of course, to take that and call the individual in charge of shaping the employees of one crystallize it into course development and the learning objec- of the world’s largest Classi? cation Societies is less important tives we’re working on.” and goes much deeper than just a name. Signi? cantly, and immediately prior to his current position,

McGrath told MarPro in April, “This was a position cre- he served as President and Chief Operating Of? cer, ABS Pa- ated approximately three years ago to come in and oversee ci? c. Joining ABS in 1981, he has spent most of his career 20 Maritime Professional 2Q 2015| |