Read this page in Pdf, Flash or Html5 edition of May 15, 1980 Maritime Reporter Magazine 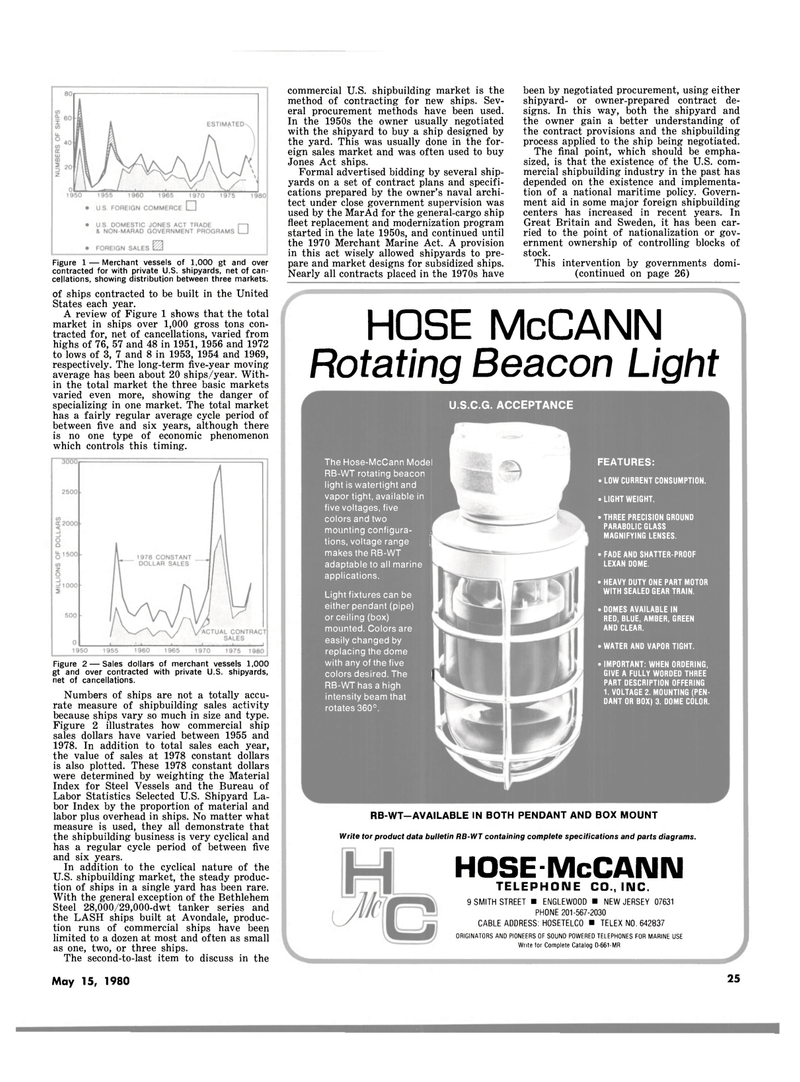 Figure 1 — Merchant vessels of 1,000 gt and over contracted for with private U.S. shipyards, net of can- cellations, showing distribution between three markets. of ships contracted to be built in the United

A review of Figure 1 shows that the total market in ships over 1,000 gross tons con- tracted for, net of cancellations, varied from highs of 76, 57 and 48 in 1951, 1956 and 1972 to lows of 3, 7 and 8 in 1953, 1954 and 1969, respectively. The long-term five-year moving average has been about 20 ships/year. With- in the total market the three basic markets varied even more, showing the danger of specializing in one market. The total market has a fairly regular average cycle period of between five and six years, although there is no one type of economic phenomenon which controls this timing.

Numbers of ships are not a totally accu- rate measure of shipbuilding sales activity because ships vary so much in size and type.

Index for Steel Vessels and the Bureau of

Labor Statistics Selected U.S. Shipyard La- bor Index by the proportion of material and labor plus overhead in ships. No matter what measure is used, they all demonstrate that the shipbuilding business is very cyclical and has a regular cycle period of between five and six years.

In addition to the cyclical nature of the

U.S. shipbuilding market, the steady produc- tion of ships in a single yard has been rare.

With the general exception of the Bethlehem

Steel 28,000/29,000-dwt tanker series and the LASH ships built at Avondale, produc- tion runs of commercial ships have been limited to a dozen at most and often as small as one, two, or three ships.

The second-to-last item to discuss in the commercial U.S. shipbuilding market is the method of contracting for new ships. Sev- eral procurement methods have been used.

In the 1950s the owner usually negotiated with the shipyard to buy a ship designed by the yard. This was usually done in the for- eign sales market and was often used to buy

Formal advertised bidding by several ship- yards on a set of contract plans and specifi- cations prepared by the owner's naval archi- tect under close government supervision was used by the Mar Ad for the general-cargo ship fleet replacement and modernization program started in the late 1950s, and continued until the 1970 Merchant Marine Act. A provision in this act wisely allowed shipyards to pre- pare and market designs for subsidized ships.

Nearly all contracts placed in the 1970s have been by negotiated procurement, using either shipyard- or owner-prepared contract de- signs. In this way, both the shipyard and the owner gain a better understanding of the contract provisions and the shipbuilding process applied to the ship being negotiated.

The final point, which should be empha- sized, is that the existence of the U.S. com- mercial shipbuilding industry in the past has depended on the existence and implementa- tion of a national maritime policy. Govern- ment aid in some major foreign shipbuilding centers has increased in recent years. In

Great Britain and Sweden, it has been car- ried to the point of nationalization or gov- ernment ownership of controlling blocks of stock.

This intervention by governments domi- (continued on page 26)

Light fixtures can be either pendant (pipe) or ceiling (box) mounted. Colors are easily changed by replacing the dome with any of the five colors desired. The |

RB-WT has a high intensity beam that rotates 360°.

AND CLEAR. • WATER AND VAPOR TIGHT. • IMPORTANT: WHEN ORDERING,

GIVE A FULLY WORDED THREE

RB-WT—AVAILABLE IN BOTH PENDANT AND BOX MOUNT

ORIGINATORS AND PIONEERS OF SOUND POWERED TELEPHONES FOR MARINE USE