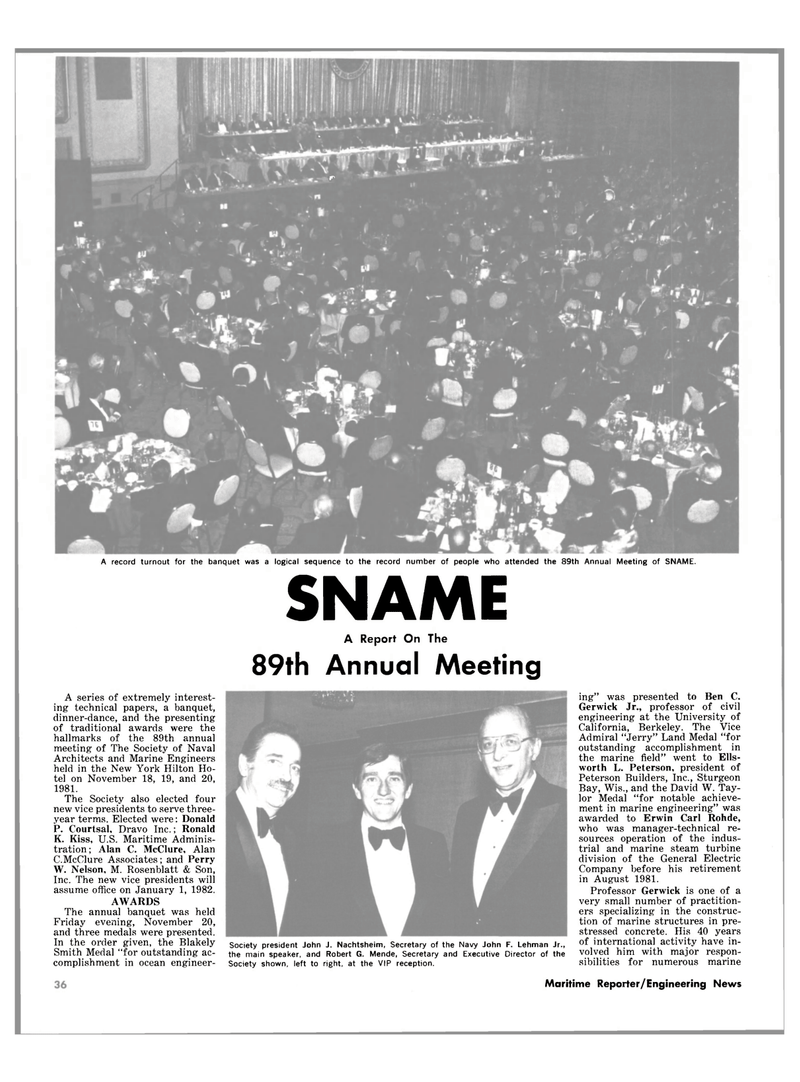 A record turnout for the banquet was a logical sequence to the record number of people who attended the 89th Annual Meeting of SNAME.

A series of extremely interest- ing technical papers, a banquet, dinner-dance, and the presenting of traditional awards were the hallmarks of the 89th annual meeting of The Society of Naval

Inc. The new vice presidents will assume office on January 1, 1982.

The annual banquet was held

In the order given, the Blakely

A Report On The 89th Annual Meeting

Society shown, left to right, at the VIP reception. ing" was presented to Ben C.

Gerwick Jr., professor of civil engineering at the University of

Admiral "Jerry" Land Medal "for outstanding accomplishment in the marine field" went to Ells- worth L. Peterson, president of

Bay, Wis., and the David W. Tay- lor Medal "for notable achieve- ment in marine engineering" was awarded to Erwin Carl Rohde, who was manager-technical re- sources operation of the indus- trial and marine steam turbine division of the General Electric

Company before his retirement in August 1981.

Professor Gerwick is one of a very small number of practition- ers specializing in the construc- tion of marine structures in pre- stressed concrete. His 40 years of international activity have in- volved him with major respon- sibilities for numerous marine 22 Maritime Reporter/Engineering News