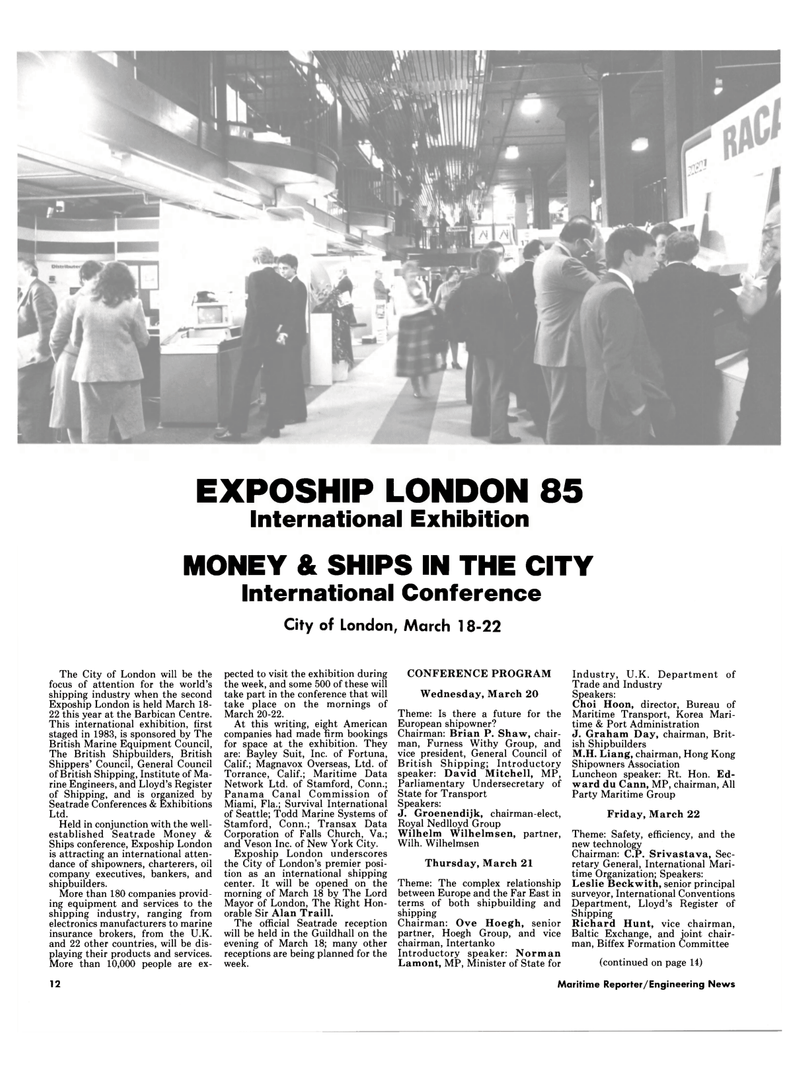 MONEY & SHIPS IN THE CITY

Expoship London is held March 18- 22 this year at the Barbican Centre.

This international exhibition, first staged in 1983, is sponsored by The

Shippers' Council, General Council of British Shipping, Institute of Ma- rine Engineers, and Lloyd's Register of Shipping, and is organized by

Held in conjunction with the well- established Seatrade Money &

More than 180 companies provid- ing equipment and services to the shipping industry, ranging from electronics manufacturers to marine insurance brokers, from the U.K. and 22 other countries, will be dis- playing their products and services.

More than 10,000 people are ex- pected to visit the exhibition during the week, and some 500 of these will take part in the conference that will take place on the mornings of

At this writing, eight American companies had made firm bookings for space at the exhibition. They are: Bayley Suit, Inc. of Fortuna,

Expoship London underscores the City of London's premier posi- tion as an international shipping center. It will be opened on the morning of March 18 by The Lord

The official Seatrade reception will be held in the Guildhall on the evening of March 18; many other receptions are being planned for the week.

Theme: Is there a future for the

Theme: The complex relationship between Europe and the Far East in terms of both shipbuilding and shipping

Lamont, MP, Minister of State for