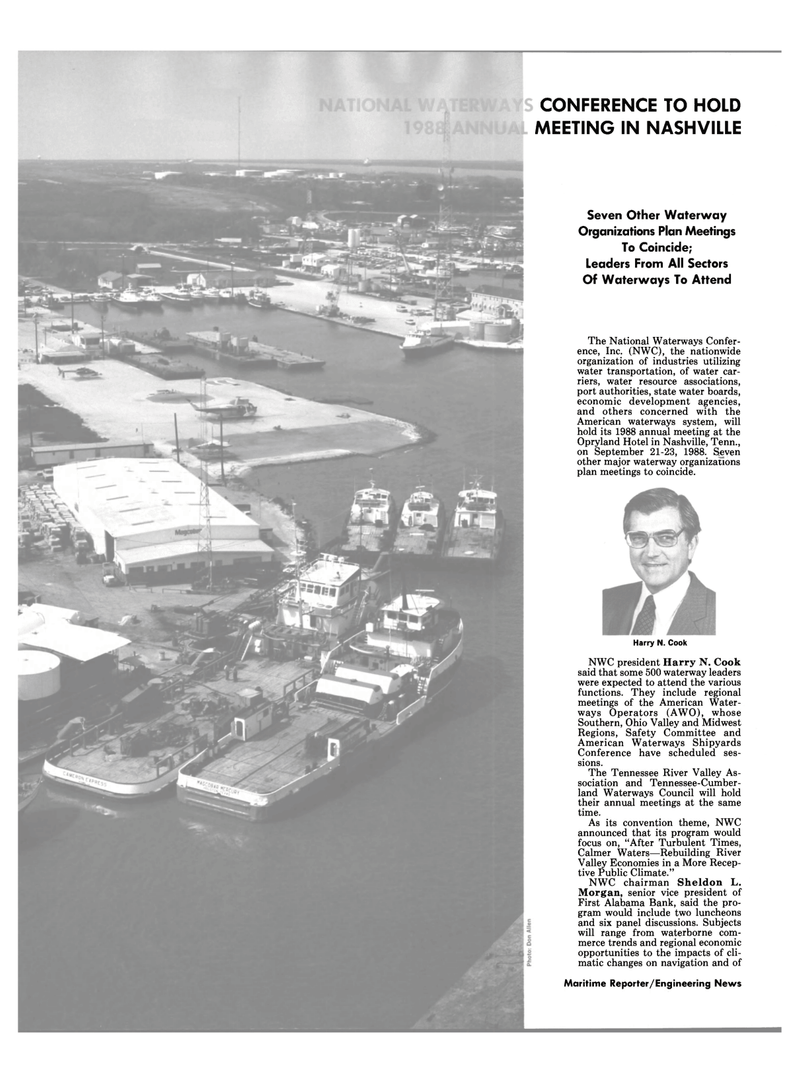 NWC president Harry N. Cook said that some 500 waterway leaders were expected to attend the various functions. They include regional meetings of the American Water- ways Operators (AWO), whose

The Tennessee River Valley As- sociation and Tennessee-Cumber- land Waterways Council will hold their annual meetings at the same time.

As its convention theme, NWC announced that its program would focus on, "After Turbulent Times,

First Alabama Bank, said the pro- gram would include two luncheons and six panel discussions. Subjects will range from waterborne com- merce trends and regional economic opportunities to the impacts of cli- matic changes on navigation and of 6 Maritime Reporter/Engineering News

Leaders From All Sectors

Of Waterways To Attend

American waterways system, will hold its 1988 annual meeting at the