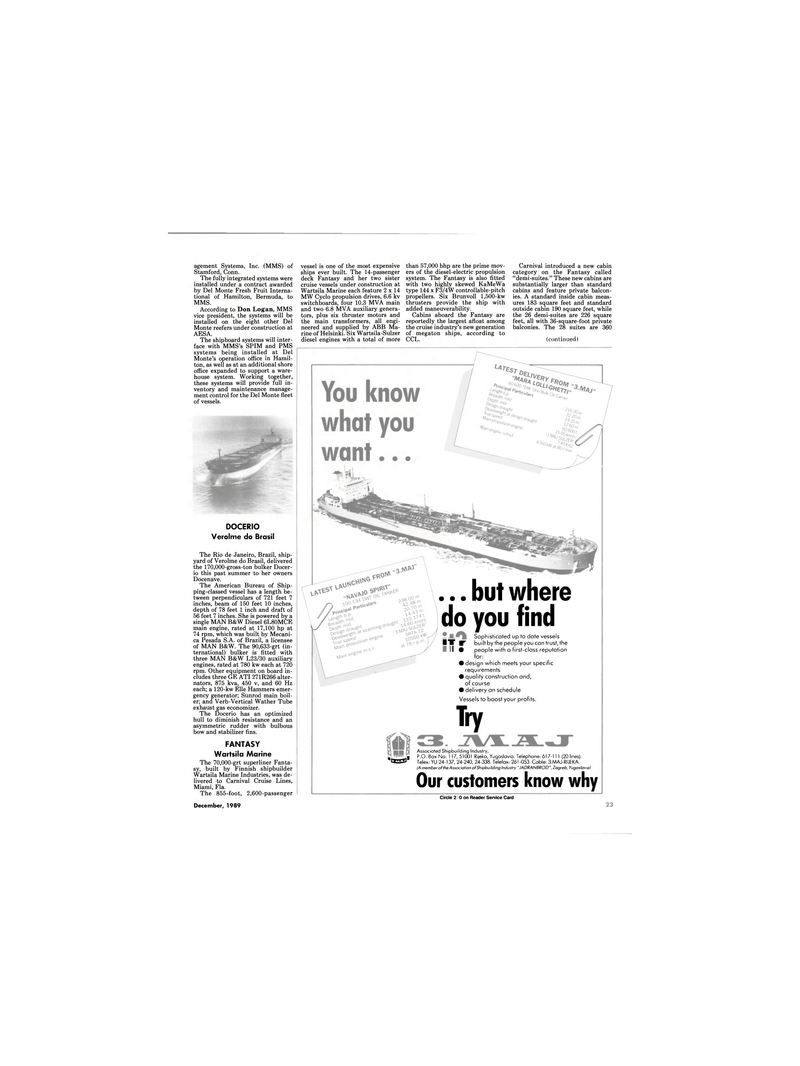 The fully integrated systems were installed under a contract awarded by Del Monte Fresh Fruit Interna- tional of Hamilton, Bermuda, to

According to Don Logan, MMS vice president, the systems will be installed on the eight other Del

Monte reefers under construction at

Monte's operation office in Hamil- ton, as well as at an additional shore office expanded to support a ware- house system. Working together, these systems will provide full in- ventory and maintenance manage- ment control for the Del Monte fleet of vessels.

The Rio de Janeiro, Brazil, ship- yard of Verolme do Brasil, delivered the 170,000-gross-ton bulker Docer- io this past summer to her owners

The Docerio has an optimized hull to diminish resistance and an asymmetric rudder with bulbous bow and stabilizer fins.

The 855-foot, 2,600-passenger vessel is one of the most expensive ships ever built. The 14-passenger deck Fantasy and her two sister cruise vessels under construction at

Cabins aboard the Fantasy are reportedly the largest afloat among the cruise industry's new generation of megaton ships, according to

Sophisticated up to date vessels

BT W built by the people you can trust, the

I • people with a first-class reputation for: # design which meets your specific requirements # quality construction and, of course # delivery on schedule

Vessels to boost your profits.

Our customers know why