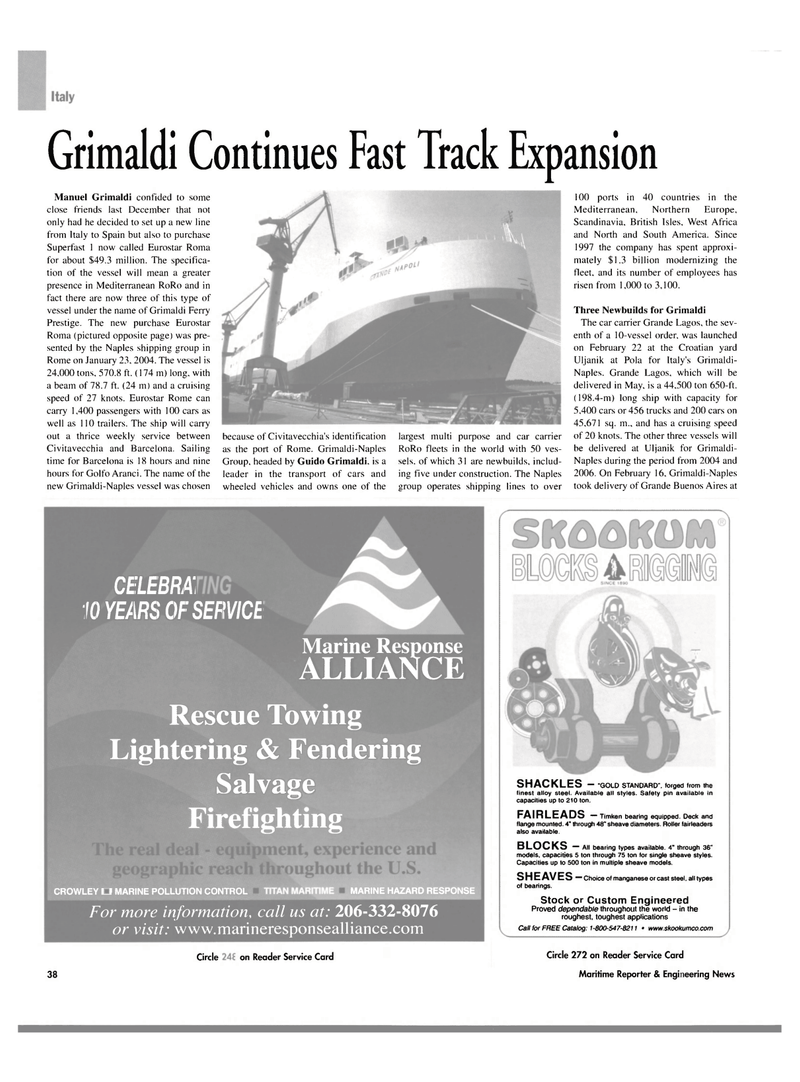 Superfast 1 now called Eurostar Roma for about S49.3 million. The specifica- tion of the vessel will mean a greater presence in Mediterranean RoRo and in fact there are now three of this type of vessel under the name of Grimaldi Ferry

Group, headed by Guido Grimaldi. is a leader in the transport of cars and wheeled vehicles and owns one of the largest multi purpose and car carrier

RoRo fleets in the world with 50 ves- sels. of which 31 are newbuilds. includ- ing five under construction. The Naples group operates shipping lines to over 100 ports in 40 countries in the

Scandinavia, British Isles, West Africa and North and South America. Since 1997 the company has spent approxi- mately $1.3 billion modernizing the fleet, and its number of employees has risen from 1,000 to 3,100.

The car carrier Grande Lagos, the sev- enth of a 10-vessel order, was launched on February 22 at the Croatian yard

Uljanik at Pola for Italy's Grimaldi-

Naples during the period from 2004 and 2006. On February 16, Grimaldi-Naples took delivery of Grande Buenos Aires at

Capacities up to 500 ton in multiple sheave models.

SHEAVES — Choice of manganese or cast steel, all types of bearings.

Proved dependable throughout the world - in the roughest, toughest applications

SHACKLES — "GOLD STANDARD", forged from the finest alloy steel. Available all styles. Safety pin available in capacities up to 210 ton.