The failure of the United States to ratify an international treaty pertaining to maritime issues is, unfortunately, nothing new.  But the Senate’s failure to ratify the Maritime Labor Convention of 2006 (MLC), arising out of the 94th session of the International Labor Conference held at Geneva that year, will not give American operators in foreign trade an excuse for failing to comply.

Complications could certainly arise – translation:  expensive delays – when a government official in a foreign port demands a certificate or other proof of compliance.  Operators based in ratifying countries will be issued certificates of compliance from their governments, but operators based in non-ratifying countries will be in potential difficulty.

Fortunately, the U.S. Coast Guard has recognized the quandary that American operators in foreign trade may find themselves in after the MLC comes into force on August 20, 2013.  The Coast Guard has “come to the rescue” in setting up a voluntary compliance program that can lead to the issuance of a certificate to be used as evidence of compliance with MLC standards.

On July 30, 2013, the Coast Guard issued Navigation and Vessel Inspection Circular (NVIC) #02-13, entitled “Guidance Implementing the Maritime Labor Convention, 2006.”  This NVIC can be downloaded from the U.S. Coast Guard’s on-line NVIC library, found at www.uscg.mil/hq/cg5/nvic.
As the NVIC explains, neither the Coast Guard nor any other U.S. government agency has issued actual and enforceable regulations pertaining to the MLC because the MLC was not ratified by the Senate or adopted as an actual law by Congress.  The Convention contains a “no more favorable treatment” clause, however, that requires ratifying governments around the world to impose Convention requirements on vessels that call at their ports.  If the vessel’s operator is unable to prove that it has adopted a program which complies with the Convention, the foreign government may exercise detention powers under port state control regulations and/or refuse future entry.

The Maritime Labor Convention, as the name might suggest, pertains to the working conditions of seafarers.  The MLC sets out standards in 14 subject areas such as hours of work and rest, professional qualifications, minimum employment age, conditions of employment, health protection, accommodations, food and medical care, payment of wages, and the like.  There are certain mandatory standards and other non-mandatory “guidelines.”  The MLC allows ratifying countries to implement the mandatory provisions in several ways, including through national laws or regulations or through collective bargaining agreements.  The full text of the MLC can be found at the “Labor Standards” tab on ILO’s main website (www.ilo.org), at which can also be found a list of ratifying countries.
The primary mechanism through which the Coast Guard will be implementing its program are the Classification Societies.

The NVIC constitutes a request from the Coast Guard to the several recognized international Classifications Societies to conduct MLC compliance inspections and issue a “Statement of  Voluntary Compliance – Maritime Labor Convention” (SOVC-MLC) on the Coast Guard’s behalf.  (Coast Guard Form CG-16450B.)  The NVIC contains a helpful checklist which the Classification Society’s inspectors should use as guidance in conducting the compliance inspections.  Vessels that are not required to be “classed” as a condition of insurance or lender-imposed obligations can have the MLC inspections conducted by the Coast Guard’s various Officers in Charge of Marine Inspection (OCMI), which will rely on the same checklist for guidance.  The MLC does not apply to vessels less than 500 gross tons.

Fortunately, there are a number of laws and regulations in place in the United States which are functional  equivalents of the MLC requirements.  As a result, vessels that are already in compliance with U.S. law with respect to  certain seafarer conditions may not need to change their  policies and procedures radically in order to come into compliance.  For example, the MLC requires that no person may be employed aboard a vessel who is under the age of 16.  There is already a federal law in place which sets 16 as the minimum age for employment for most forms of non-agricultural work.  (29 C.F.R. 570.2)
Therefore, compliance with that federal law constitutes compliance with the MLC’s age requirements.  The MLC also requires that seafarers be certified as medically and physically fit to perform their duties.  The Coast Guard already has regulations and a thorough program for medical and physical qualifications of seafarers, which is found at 46 C.F.R. 10.215.  The MLC requirement that seafarers be trained and certified as competent and qualified to perform their duties is in line with the Coast Guard’s regulatory system for issuing credentials for seagoing officers and ratings, which, if being followed by the operator, would satisfy the MLC standard.  And existing U.S. law pertaining to the payment of wages, hours of work and rest, manning levels and the like are all consonant with the respective MLC requirements.  The Coast Guard’s NVIC gives a full explanation and reference list for Classification Society inspectors and operators to follow.
The Coast Guard cautions that the SOVC-MLC may not be a panacea.

Although it constitutes prima facie evidence that the United States considers the vessel as being in compliance with the standards of the MLC, there is some chance that the SOVC-MLC may not be recognized by all foreign governments. The Coast Guard therefore suggests that operators be prepared to provide additional evidence if they should need to demonstrate compliance in some other fashion.

The Coast Guard is to be commended for its effort to assist the shipping industry and help to avoid unnecessary delays and expenses. This effort was not, to my understanding, compelled by Congress or specifically funded by a line item in any Coast Guard reauthorization bill. The Coast Guard seems simply to have seen an opportunity to assist the shipping industry and has, at its own expense during times of federal sequestration, undertaken to do so. This effort to help the industry safely navigate through international regulations is totally consistent with the Coast Guard’s way of doing business and in keeping with the best traditions of that service. 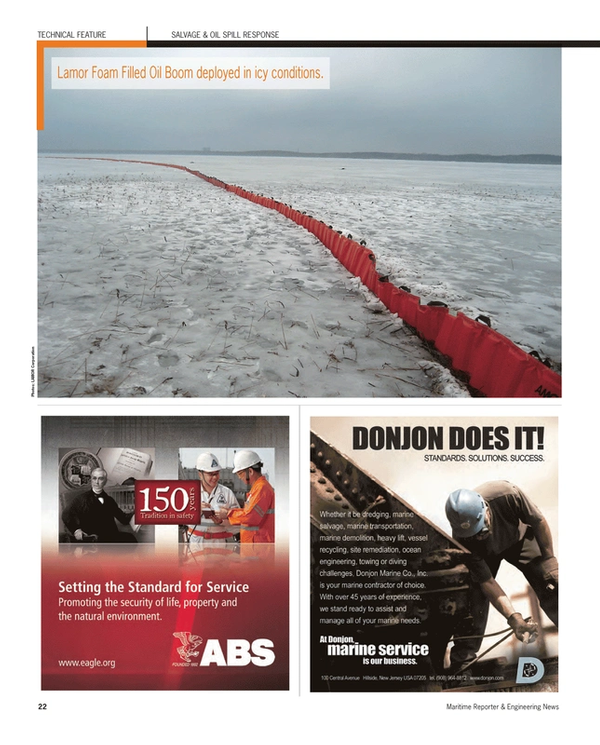 Other stories from September 2012 issue