As ship owners globally face the eventual mandate to install ballast water management technology onboard their ships – a refit which is touted as the most expensive equipment refit ever – Maritime  Reporter & Engineering News in its February 2013 edition examines emerging Ballast Water Technologies for consideration.


Seaspan caused a stir when it showcased its revolutionary SAVER (Seaspan Action on Vessel Energy Reduction) design of 10,000 TEU container vessels. Pursuing the aim of top-efficiency ship operation and improved operational performances, Seaspan has decided to equip its Saver class vessels with RWO’s ballast water treatment system CleanBallast. The delivery of the first plant to China’s Jiangsu New Yangzi shipyard is set for March 2013.
“Ballast water treatment is a tough financial pill for ship owners to swallow, a lot of money invested with no return other than environmental compliance. We have invested significant time and expertise to research repeatedly what our best option would be. Not just in cost, but reliability, efficacy and quality, too. We are very happy with our choice of CleanBallast,” said Peter Curtis, COO, Seaspan Corporation.
The CleanBallast technology gained official type approval from the German BSH in 2010, and was submitted for AMS and USCG approval in mid-2012. At last year’s SMM exhibition, RWO officially launched a modified version of the system, based on the technology but using considerably less footprint. The treatment principle is based on two cleaning steps, consisting of the removal of sediments and bigger particles by self-cleaning deep-filtration disc filters followed by a disinfection step using RWO’s patented EctoSys technology eliminating the remaining bacteria and organisms.
www.rwo.de 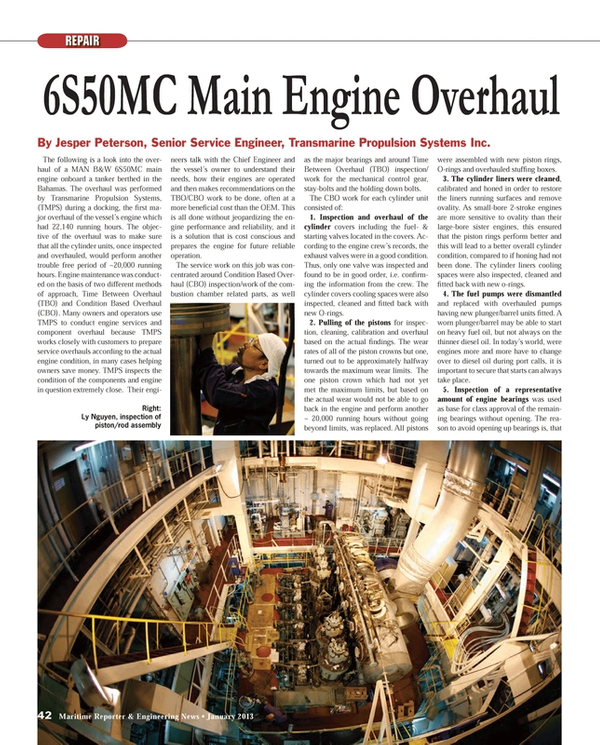