A recent decision by an international tribunal in The Hague, Netherlands, has significant implications for other maritime disputes, freedom of navigation, and future oil and gas claims in the Arctic. 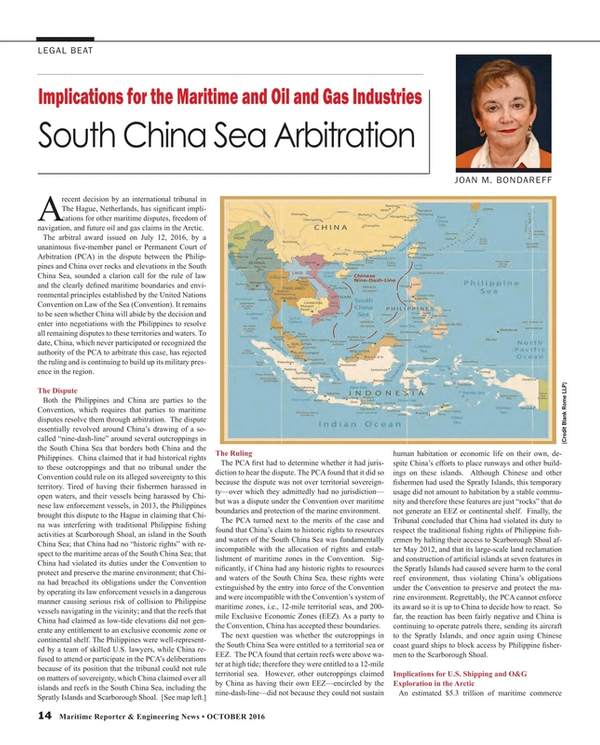